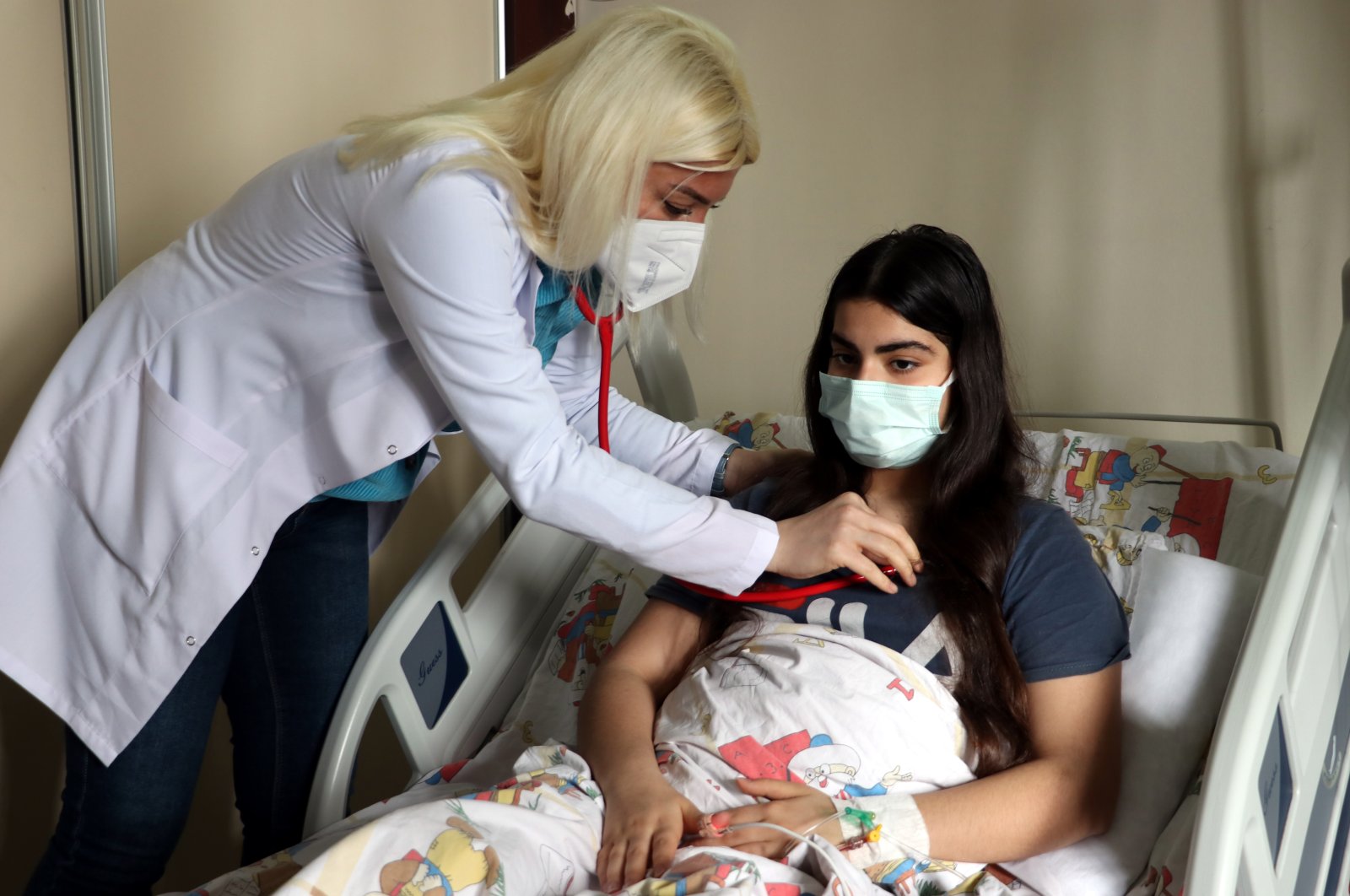 Nationwide research on children with multisystem inflammatory syndrome (MIS-C) showed that half of them require intensive care and the average age of children with the syndrome is eight.

MIS-C cases prompted concerns in the country where there has been a sharp rise in COVID-19 cases in recent weeks. The syndrome is commonly found in children who recovered from COVID-19, although researchers say not all children who were later infected with coronavirus suffered from the syndrome.

Dilek Yılmaz Çiftdoğan Izmir University Katip Çelebi, an expert on childhood infectious diseases, coordinates a working group of Turkish experts working on the disease in 25 centers across the country. Çiftdoğan says that since April 2020, about 400 children have been diagnosed with the syndrome. “If not intervened in a timely manner, this disease causes multiple organ failures, especially in cardiac muscles and veins,” he told Anadolu Agency (AA) on Wednesday.

MIS-C manifests itself as various symptoms and recently the most common sign has been persistent vomiting and diarrhea. Çiftdoğan says other clinical symptoms are similar to meningitis and include headaches and joint pains. It also shares symptoms with toxic shock and Kawasaki disease, including fever, rashes, swollen glands, conjunctivitis and, in severe cases, heart inflammation.

Sometimes the syndrome can be cured by giving drugs to repair the immune system and supplement therapies. A strict drug regimen often helps recovery.

Çiftdoğan warns parents of the syndrome, especially in the midst of the COVID-19 pandemic. “This is a more dangerous disease than COVID-19.” He emphasized that parents should teach their children how to use protective masks, how to be vigilant about social distance and hygiene. and a patient with high fever and other symptoms for MIS-C should also be examined, he noted, adding that “Early diagnosis and accurate treatment saves lives.”

The coronavirus pandemic saved children in its infancy in Turkey but children and the elderly were quickly placed in the risk group and their movements restricted. Children used to recover from COVID-19 without experiencing any symptoms and even if they did, they recovered in a shorter period of time with little effect on their health, compared to adults. MIS-C was then detected in Europe and the United States last April in children who had recovered from the coronavirus. “It usually emerges within two to six weeks or later after a cure for coronavirus. The syndrome is thought to be the result of an abnormal response to coronavirus by the immune system. This response is responsible for organ failures, ”noted Çiftdoğan.

Eylül Boyar, a 14-year-old girl living in the southern state of Hatay, is among the MIS-C patients. Boyar had recovered from COVID-19, which claimed her grandfather’s life four months ago, with no symptoms. Her parents were also infected while she and her two siblings were quarantined. Three months after the infection, he began to suffer from high fever, throat and joint pains. The family took her for a polymerase chain reaction (PCR) test and came out negative. But a further antibody test turned out to be positive and doctors diagnosed her with MIS-C. She has been treated at a training and research hospital in the province since early April. “I never knew I had a coronavirus. Then my neck started to swell and I had a itching feeling all over my body. Then came fatigue and pains. Doctors told me it was MIS-C. I’m feeling better now but I have to continue my treatment in hospital, ”he told AA.

Her mother Ebru says her children were never tested because they didn’t show symptoms. “But a few months later, he developed a lymph infection. His lymph was swollen and he started to feel tired. We suspected it could be a coronavirus and be tested. Doctors told us she had MIS-C. We had no idea what it was. It was a difficult process for her and us. I thought he might have had cancer because we had never heard of this syndrome, ”he said. “Parents should be careful about COVID-19. Do not believe that children will be easily recovered from coronavirus all the time, ”he added.