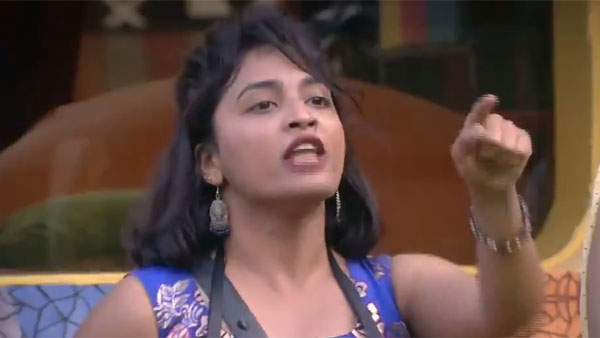 Dettadi Harika made an entry with a stylish look in the premiere episode which was held in a grand style. From the moment she stepped into the house she became known as a part of everything. And, in all the tasks, Satta was able to work one hundred percent. She qualified for the captaincy task eight times in a row and proved to be the best fighter of all.

Love track with Abhijeet as a hot topic

Dettadi Harika impressed with her excellent performance in Bigg Boss House … It is often in the news that she is running a love track with fellow contestant Abhijeet. Being able to hang out with him and giving him ropes often .. Occasional kissing became a hot topic. Fans are addressing the two as ‘Abhika’.

With their support so far

No matter how much you play in Bigg Boss, you have to have luck and support. Despite the good fortune of Harika, the support is good. There are a lot of people who admire him outside. Along with them, Noel Sean also supports her. Also, Abhijeet fans are also voting for her. For these reasons, it can be said that Harika continues in the game till the final stage.

Nagarjuna changed with a warning

It is known that two weeks ago Bigg Boss was given the ghost aquatic task. Akkineni Nagarjuna was outraged that Harika had utterly flop and became the worst captain. After that, he gave a warning that ‘you play your game .. otherwise there will be no trouble’. With this, Harika distanced herself from Abhijeet and changed her game.

A setback for Harika before the finale

With the exception of Akhil Sarthak, five contestants have been nominated directly this week. Among them are Abhijeet, Dettadi Harika, Syed Sohel Ryan, Ariana Glory and Monal Ghajjar. Everyone is playing well with this. In some of these situations, Harika suffered an irreversible setback.

Abhijeet enters the danger zone together!

Abhijeet fans voted for Harika till yesterday. With only a week to go before the finale, they are all set to support their favorite contestants. As part of this, the tag VoteForAbijeetOnly is being mentioned and promoted. I.e. indirectly withdrew support for Harika. With this, she seems to be lagging behind in voting.