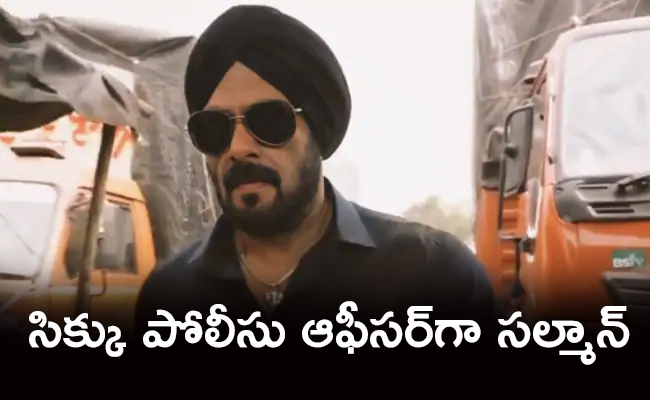 Mumbai: Bollywood superstar Salman Khan’s next film ‘Antim’. In this movie Salman Khan His brother Aayush Sharma (husband of Arpita Khan Sharma) shared the first look on his Instagram on Thursday. AYUSH shared a scene from the shooting sets on his insta .. He added the hashtag ‘Final started .. Boys’ final first look’. However, it seems that Ayush Sharma is also playing a key role in the film. In this, Salman will entertain the audience with his latest getup as a Sikh police officer. In this video, Bhaijan is seen walking in his own style as a Sikh. (Read: Hero’s sister who knocked the plates to the ground!)

Actor and director Mahesh Manjrekar is shooting for ‘Antim’. The film is based on the Marathi crime mulshi pattern ‘Adoption’. It is known that Salman Khan is currently acting in the movie ‘Radhe’. The film, which is slated for release this year for Ramadan, has been postponed due to Corona. The film, which recently went on the shooting sets with the lifting of the lockdown, is set to release next year. The heroine Disha Patani is playing the role of Salman opposite ‘Radhe’ in the upcoming remake of the South Korean veteran. Also Randeep Hooda and Zakir Shroff will be seen in the lead roles. (Read: Watch Bigg Boss if not Rahul!)