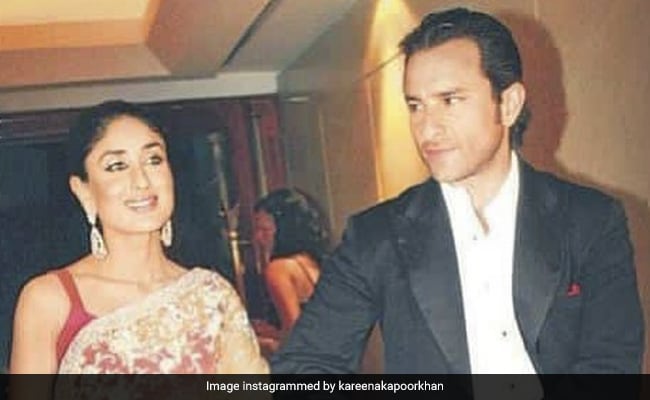 For Kareena Kapoor, her husband Saif Ali Khan will always be her “Saif haven.” The actress who married her Tashan co-starring in 2012, they took a trip back in time and posted an adorable photo of themselves with an equally adorable caption. The photo shows Kareena in a gold sari paired with a pink blouse and walking hand in hand with Saif Ali Khan, who can be seen wearing a white shirt, black pants, and a black jacket. The image appears to be from the 52nd Filmfare Awards. The reason we say this is because at the awards show in 2007, the couple was photographed in the same outfits.

Check it out here:

Kareena Kapoor and Saif Ali Khan fell in love while filming their movie Tashan. After dating for a few years, Kareena and Saif tied the knot on October 16, 2012. The couple, who welcomed their son Taimur in December 2016, are expecting a second child together.

On Thursday, Kareena shared a super cute photo of Taimur posing with her cousin Inaaya, who is the daughter of Soha Ali Khan and Kunal Kemmu.

During her stay in Dharamshala last month, Kareena updated her Instagram account with amazing photos of Saif Ali Khan and her young son.