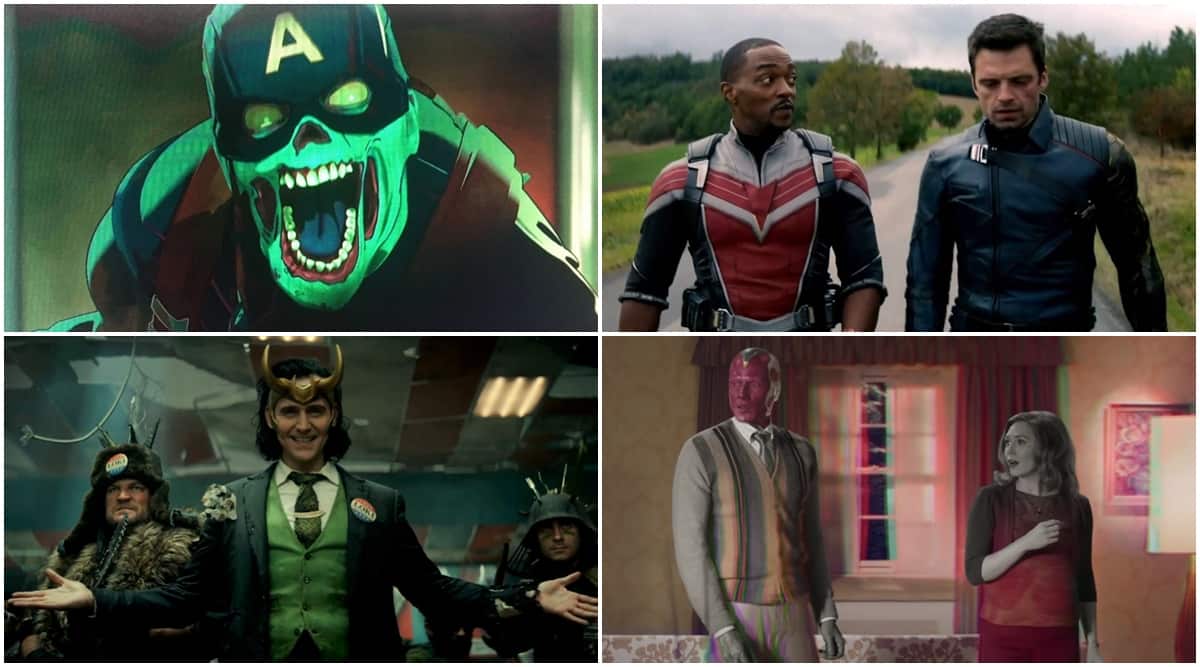 If you were dismayed by a 2020 without Marvel, 2021 and beyond will be filled with multiple MCU shows and movies. (Photo: Disney + / Marvel Studios)

After months of quiet release delays, Disney finally revealed a slew of new content for fans of the Marvel Cinematic Universe during Disney Investor Day 2020. This includes new titles or updates on already announced projects.

Everything is very exciting. If you were dismayed by a 2020 without Marvel, 2021 and beyond will be filled with multiple MCU shows and movies.

Here are all the top trailers, promotions and other announcements.

WandaVision is an upcoming show that is weird in an exciting way. Revolving around Wanda Maximoff (Elizabeth Olsen) and Vision (Paul Bettany), the series has the duo living in perfect domestic and suburban bliss that breaks with the gradual realization that something is not right. The series takes place after the events of Avengers: Endgame. WandaVision will premiere on Disney + Hotstar on January 15, 2021.

Tom Hiddleston is back in the role of the Asgardian god of mischief. This is the Loki who escaped in Avengers: Endgame, and not the one in the main timeline who was killed by Thanos. The trailer reveals that Loki is immersed in his own criminal thriller and crosses paths with the Time Variance Authority (TVA), an organization that monitors the multiverse and prevents actions that may lead to changes in the past and the future. Loki will be released in May 2020.

3. Trailer of The Falcon and the Winter Soldier

As the name suggests, The Falcon and the Winter Soldier follows the adventures of Anthony Mackie’s Falcon / Sam Wilson and Sebastian Stan’s Winter Soldier / Bucky Barnes. The trailer promises oodles of cinematic action, and while the plot is still under wraps, we hope Daniel Brühl’s Zemo is up to some mischief. The series will premiere on March 19, 2021.

What if Peggy Carter was the one who got the Super Serum injection instead of Steve Rogers? What if a young T’Challa finds himself in Yondu’s care and becomes Star-Lord? What if Tony Starks doesn’t become Iron Man and / or dies in captivity? What if Peter Parker’s vision of the zombie Iron Man came true? Well, at least some of those possibilities and many others will be explored in the MCU’s alternate reality TV show What If …? The animation isn’t exceptional, but the voice cast is made up of many major MCU actors. What if…? comes to Disney + Hotstar in mid-2021.

A behind-the-scenes video of Ms. Marvel was also released on Friday. While there have been many Ms Marvels, including Carol Danvers, who is currently Captain Marvel, this upcoming Disney + series is about the iteration of the Kamala Khan character. A Pakistani-American teenager from Jersey City, New Jersey, Kamala takes over the mantle of Ms. Marvel after her idol Carol becomes Captain Marvel. It has powers to change shape. Iman Vellani, a Canadian-Pakistani, is playing the role. Marvel is coming to Disney + Hotstar in late 2021.

Coming soon for @DisneyPlusDominique Thorne is the genius inventor Riri Williams on Ironheart, an original series about the creator of the most advanced armor since Iron Man. pic.twitter.com/PNT6AsI6js

We have an Ironheart TV show. Dominique Thorne will play the role of Riri Williams or Ironheart, who is Tony Stark’s successor in the comics. The Disney + tweet making the announcement read: “Dominique Thorne is the brilliant inventor Riri Williams on Ironheart, an original series about the creator of the most advanced armor since Iron Man.” Riri was a 15-year-old inventor who designed her own version of armor and took on the persona of Ironheart.

Don Cheadle returns as James Rhodes, AKA War Machine, in Armor Wars, an original series coming to #DisneyPlus. A classic Marvel story about Tony Stark’s worst fear come true – what happens when his technology falls into the wrong hands? pic.twitter.com/MXnlK3N8If

Maybe now Don Cheadle has his moment to shine in the MCU. He headlines this Disney + series about one of Tony Stark’s “biggest fears.” There has been an Armor Wars story in the comics, where Stark technology is stolen by some nefarious elements, but Tony was at the center. In the MCU, it will be either Colonel James “Rhodey” Rhodes or Cheadle’s War Machine.

@SamuelLJackson returns as Nick Fury and Ben Mendelsohn from Captain Marvel returns as Skrull Talos in @MarvelStudios‘Secret invasion from the original series. Arriving to @DisneyPlus. pic.twitter.com/f4zKSBL4gd

The Secret Invasion story from the comics that was supposed to materialize in the MCU in Captain Marvel is finally coming through a Disney + series. In this story, the Skrulls, an evil, shapeshifting alien race installed imposters in place of real humans and even superheroes. This is before the actual invasion, of course. Samuel L Jackson and Ben Mendelsohn will join forces as SHIELD boss Nick Fury and Talos, respectively. We know that Talos is a Skrull, but it was revealed that he was harmless and even benign, and perhaps he helped Fury fight other evil Skrulls.

9. Guardians of the Galaxy Holiday Special

Guardians of the Galaxy Christmas Special. James Gunn is back to write and direct.

The Original Special is coming to #DisneyPlus in 2022. 🎁 🎧 pic.twitter.com/XHWoDFqVY8

It looks like James Gunn’s appointment with Marvel Studios will continue even after Guardians of the Galaxy Vol 3. A Christmas special based on the franchise is in the works, although we don’t know of any other details. It will be released sometime in 2022. Gunn has said that he loves the Star Wars Christmas special. We just hope they turn out to be totally different. There will also be a short film series called I Am Groot, starring, you guessed it, Groot.

She-Hulk is coming to the MCU! Tatiana Maslany will play Jennifer Walters / She-Hulk and Tim Roth returns as the Abomination and the Hulk himself, Mark Ruffalo, will appear in the series. Directed by Kat Coiro and Anu Valia, She-Hulk comes to #DisneyPlus pic.twitter.com/z4OlQJhrlr

Kevin Feige also shared that Tatiana Maslany will play the title role in the series She-Hulk, and that Mark Ruffalo will also appear. Maslany’s casting was reported by many media, but this is the first official confirmation.