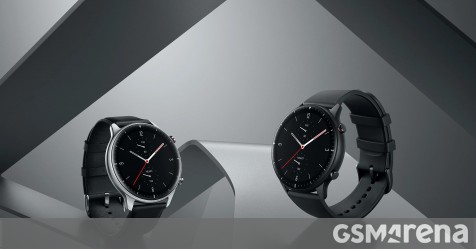 The Amazfit GTR 2 announced in September will launch in India on December 17, but it is already available for pre-order in the country through the official Amazfit site. And if you reserve one in advance, you’ll get a free extra replaceable strap with your purchase.

The Amazfit GTR 2 features a 1.39 “color AMOLED screen and comes with a heart rate sensor and SpO2 sensor to measure blood oxygen level. It can also track your sleep and monitor stress levels.

The GTR 2 is water resistant to 50 meters and supports 12 sports modes. It also has an onboard microphone so you can answer calls and it comes with built-in Alexa and GPS.

The smartwatch includes a 471 mAh battery, which is said to provide up to 14 days of autonomy in a typical usage scenario. You can read our Amazfit GTR 2 review to learn all about it.

Amazfit has also said that it will bring the GTS 2 and GTS 2 mini to India this month after December 17, but there is no information on their pricing yet.