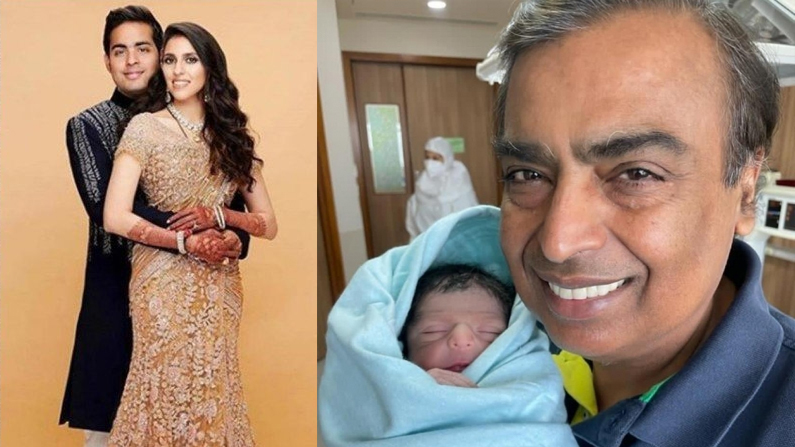 Mukesh Ambani ewborn Grandson: Leading business giant Reliance Industries has a new successor. Billionaire Mukesh Ambani received promotion. His eldest son Akaw Ambani’s wife Shloka Ambani gave birth to a baby boy on Thursday. A spokesman for the Ambani family said in a statement that both the mother and son were safe. Shloka with the grace and blessings of Lord Krishna, Aakash Ambani has become a proud parent to a child, the statement said. The statement said that Mukesh Ambani and Neeta were very happy to be grandparents.

It is learned that Akash got married in March 2019 to Shokla, the daughter of famous diamond merchant Russell Mehta. Ambani (63) and Nita have three children. 29-year-old twins Akash and Isha Anant (25) are the third son. The Ambani family, who have been abroad for some time, arrived in Mumbai ahead of Diwali. Neeta and Mukesh Ambani are happy to receive grandma and grandpa promotion for the first time. Dhirubhai-Kokilaben Ambani’s sage grandson is welcome.

Congratulations to Shloka & Akash Ambani for the birth of their baby boy. I also congratulate Shri Mukeshbhai, Neetabhabhi and the entire Ambani Family for the arrival of the new member. This is indeed a day to rejoice. Lots of love and blessings for the baby. pic.twitter.com/CVtRfPp0Rk