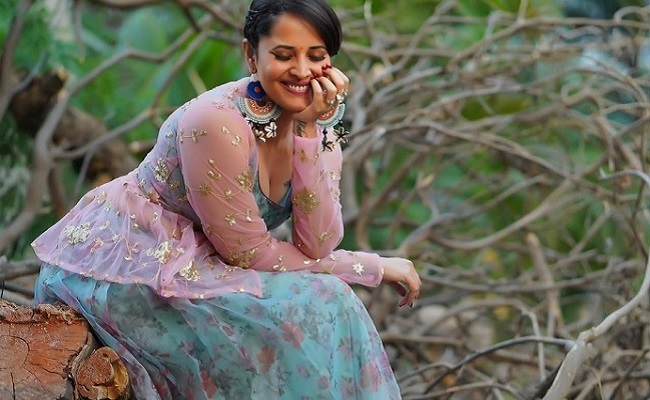 Are you afraid of the TV glamor queen Anasuya? That is, the same answer is coming. It has been widely rumored that Anasuya will be playing the lead role in the upcoming Silksmith biopic in Kollywood. In the wake of this, Anasuya recently responded to the campaign on Twitter.

He has stated that he will not be appearing in the Silksmith biopic. However, Anasuye laid the groundwork for this campaign. Anasuye has recently announced that she is going to make her debut in Kollywood with a new movie.

On this occasion, another good story .. A new beginning, with the caption ‘Kollywood’, shared a black and white photo of himself looking at his face in the mirror on social media.

The photo was tagged as Reference Silk Smith. This has strengthened the propaganda that Anasuya is playing the lead role in the upcoming Silksmith biopic in Kollywood.

Naturally there are all sorts of propaganda about the stars in the media. Actors do not care much if they are not true. If Anasuya tweeted about such a special Silksmith biopic …. you can understand what he is thinking seriously.

Sources in Tollywood say that it is understandable that she tweeted that there is a danger of making a negative impression on her, especially due to such publicity.

Because there is nothing special to be said about the roles played in Silksmith’s real life. Audiences still remember Silksmith that Bavalu Sayya means Saisai. As well as going through ups and downs in real life. Eventually her life became tragic.

Therefore, she fears that the character will unnecessarily compare herself to Silksmith and make a negative impression on the industry with that name. And so on!

Make more than one great film with Mahesh