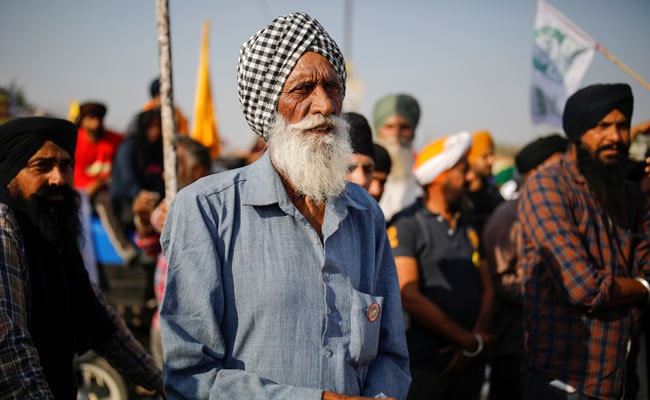 Government sources said that farmers’ protests will trigger violence in the coming days.

When the ruling BJP commissioned a media blitz to address the stalemate with farmers protesting the new farm laws, the central government on Friday began pushing a narrative that the “ultra-left” has taken over the demonstrations.

Through unofficial communication channels referred to as “government sources” in media circles, officials in Prime Minister Narendra Modi’s government drew a parallel between the farmers’ unrest and the violence in Bhima-Koregaon near Pune. in 2018.

Government sources blamed “ultra-left” elements and “pro-left extremists”, not unlike those labeled “urban naxals” by fanatical supporters of the BJP-led government on social media, for the peasant movement adopting an attitude. sinister. turn.

They said there was “credible intelligence input” to suggest that the move will cause incidents of violence, fires and damage to public property in the coming days. “Radical elements have advised farmers to block the Delhi-Jaipur highway,” they said.

The claims, presented by officials requesting anonymity, were immediately rejected by farmer groups who have unconditionally maintained that their protest is non-political and peaceful, rejecting proposals from opposition parties.

“We reject this claim from the government. No one can influence us. This is government propaganda to smear us. All decisions are made by the Samyukt Kisan Union,” said Raminder Singh Patiyal, president of one of the 32 protesting groups Kirti Kisan Sangathan, said.

For days, while the government has clashed with farmers determined to remove the new laws, supporters of the ruling BJP on social media and friendly news networks have struggled to discredit the farmers’ movement.

Detractors of the demonstrations have made links between the protests and everything from the separatist movement for a Sikh state in Khalistan and the sit-in of the anti-citizenship law in Delhi’s Shaheen Bagh earlier this year.

Thousands of farmers have been camping on the outskirts of Delhi since late November to demand that the government repeal laws they say will eventually dismantle the country’s regulated markets and leave them at the mercy of private buyers.

The government has tried to involve the leaders of farmers’ organizations, including the Union Interior Minister Amit Shah stepping in for the talks, offering changes to the laws and written guarantees, but the protesters have stood their ground.

The protesters, who defied a brutal police crackdown last month in BJP-ruled Haryana before being allowed into Delhi, threatened to intensify their demonstrations since Saturday by blocking national roads and boycotting public events organized by leaders. of the party.

Voted in parliament in September with little debate, the laws only give farmers an additional option to sell their produce, the government argues, but small farmers fear that once large companies enter the market, they will lose collateral on the products. prices.