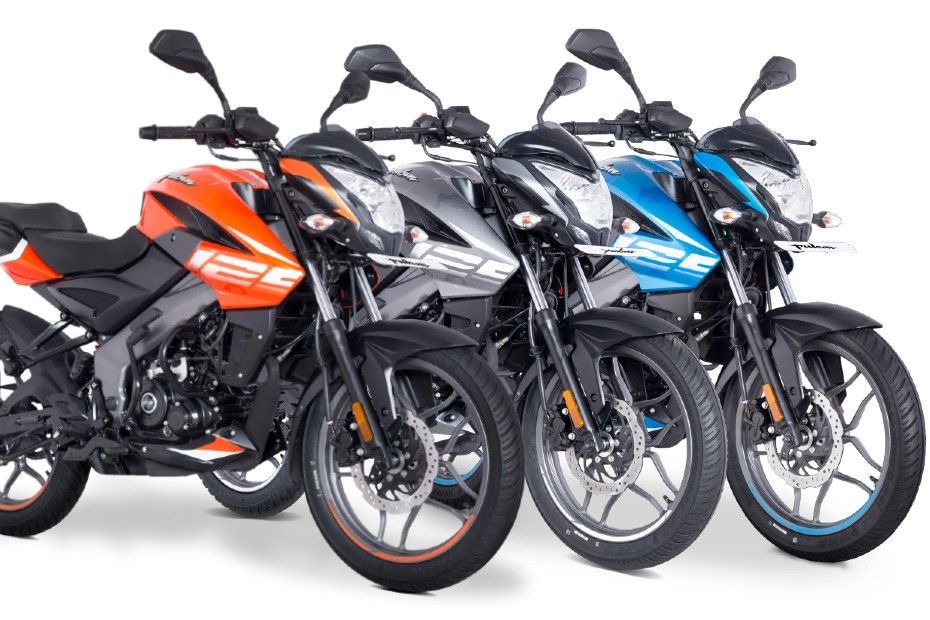 Almost nine years ago, the Bajaj Pulsar NS200 started the entry-level street fighter segment in India. This fairly successful story prompted Bajaj to introduce a smaller sibling for the NS200, the NS160 in 2017. Now, to make its Pulsar NS lineup even more accessible, Bajaj has launched its smallest street fighter offering ever, the Pulsar NS125. I wonder what the purpose of everything is? Here are the five best highlights of Bajaj’s latest bike:

The Pulsar NS125 may be a new offering from the Indian bike maker but it doesn’t look like one. The design is exactly the same as the NS200 and although many people will adore this, we think it was pretty much done until death now. Don’t get us wrong, the signature headlamp, pilot lamp, muscular tank design, and LED headlights look good but an update to the NS design is long overdue.

However, to distinguish the 125 from its siblings, Bajaj offers it in four paint jobs: Beach Blue, Fiery Orange, Burnt Red, and Pewter Gray, all with standout gray alloys and 125 graphics .

Just like its aesthetics, the NS125 gets the same set of features that are not as impressive as its older siblings. It gets a semi-digital appliance cluster, a halogen headlamp, bulb indicators and pilot lamps. The only LED element on the bike is its lights. As for security features, only CBS is found.

Powering the baby Pulsar NS is a 124.45cc single-cylinder air-cooled motor (probably a smaller version of the NS160 heart) that puts out 12PS and 11Nm, about 0.19PS and 0.2Nm more than a Pulsar unit 125. Surely this does not correspond with the KTM 125 Dukespecs but the NS presents himself with a better case for the Duke with his lower weight.

One of the most striking pieces about the Pulsar NS Bajaj lineup has been its powerful perimeter frame and the same has been brought on here. It suggests the scale at just 144kg, with the frame being the heaviest pieces of the NS125. To put it into perspective, it is 4kg heavier than the standard Pulsar 125 and 15kg lighter than the Duke KTM 125. It is spanned on a telescopic fork and monoshock while a 240mm front disc and 130mm rear drum takes care of the braking duties (setup similar to the Pulsar 125). Absence of ABS altogether is a bummer, though, like even Bajaj’s own commuter bike, the Platina, get it now!

Bajaj has followed the same philosophy as KTM did with Duke 125 a year or two ago: bring in the same performance package but with a smaller motor. In that sense, the Pulsar NS125 has a key advantage that makes it a no-brainer over the more powerful Duke KTM 125: its price. Launched at Rs 93,960 (Delhi in the old showroom), it’s about Rs 60,000 cheaper than the Duke 125, which recently received an absurd price hike.

While the NS is still on the busier side and you could get some more affordable 125cc bikes that offer many more features for less price, here’s one for the budding enthusiast. Given how the lean and youthful spirit of the Pulsar NS200 filtered down to the Pulsar NS160, we speculate that the Pulsar NS125 will remain just as catchy and exciting. While it may not be as frugal and commuter-centric as bikes like the Honda Shine, Hero Glamor 125, or even the Pulsar 125, it will certainly be a bike for those who want to start learning sport riding.