Skip to content
Ahead of the long-awaited trailer release of Prabhudheva’s ‘Radhe: Your Most Wanted Bhai’, star makers Salman Khan have unveiled a new poster of the film and it’s sure to get you all excited about the film .

Check out the poster here: 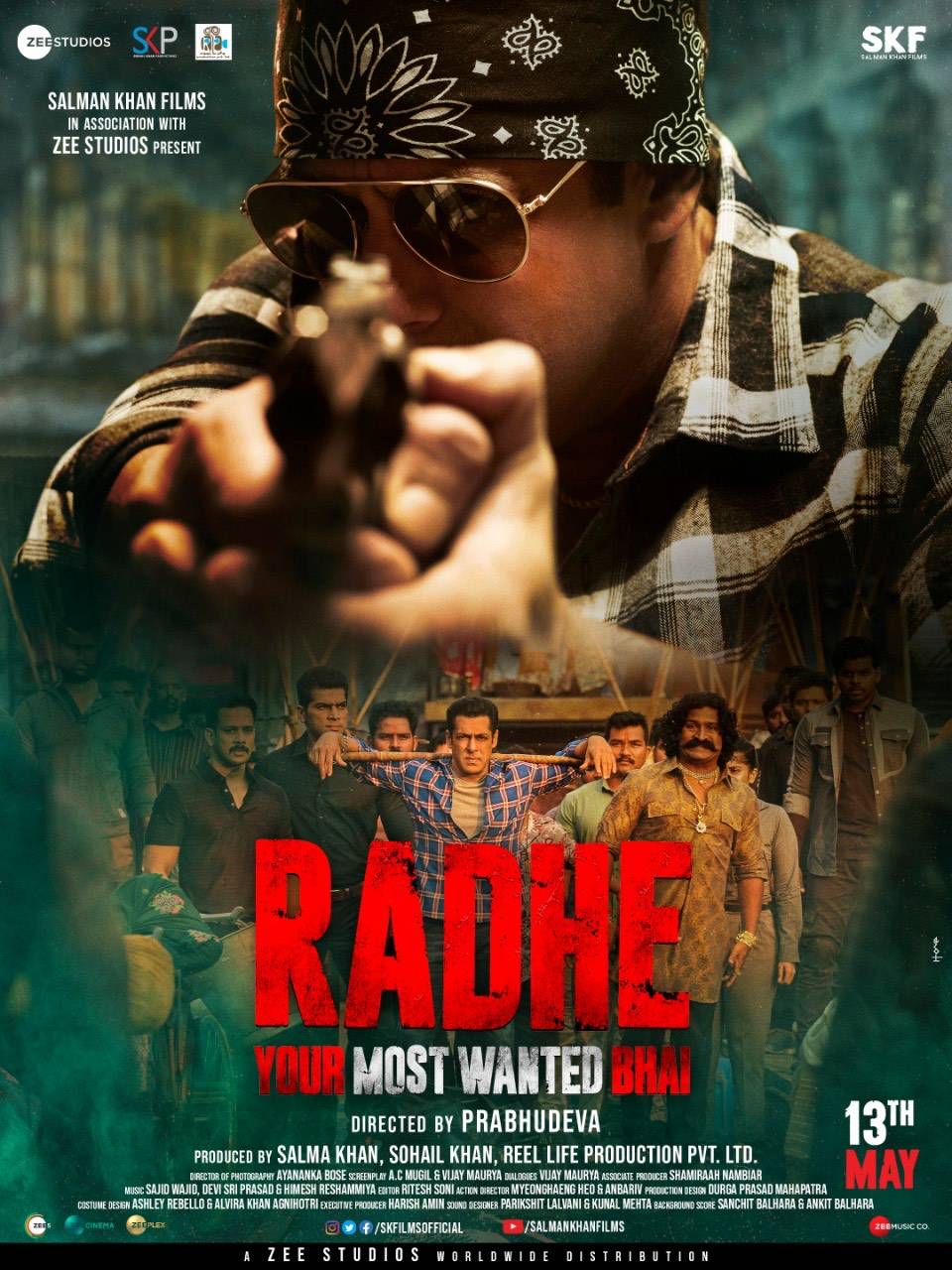 In the poster, a magnified photo of Salman shows him pointing a gun. The picture reminds us of his appearance in ‘Wanted’. Underneath is another picture where he is seen standing with other men with his hands on a stick resting on his shoulders.

‘Radhe: You Most Wanted Bhai’ is undoubtedly one of the most popular films in Bollywood. It was supposed to hit the theaters last year on the occasion of Eid. However, the pandemic and lock down pushed the film forward.

Although the pandemic is still out and theaters are closed, the actor has announced the release of the film this Eid in May. He will release the film on OTT and in cinema halls.

The film also stars Disha Patani in the main part. It also features actors like Jackie Shroff and Randeep Hooda in key roles.