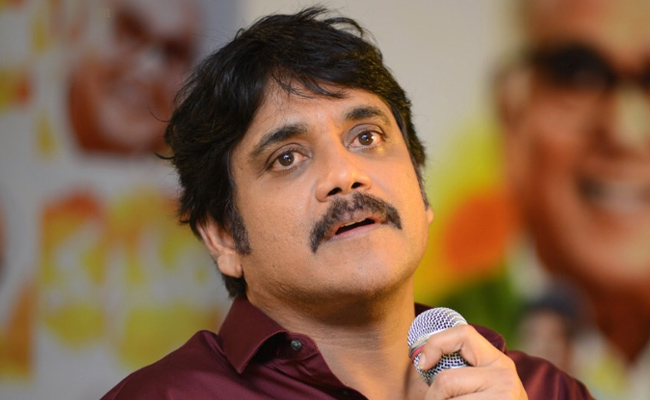 Akkineni Nagarjuna has been making a name for himself in the Telugu film industry for almost four decades and is still one of the top heroes. He impresses the audience with his handsome looks, working tirelessly for guys in their sixties. Recently Nagarjuna tweeted his anger over Apple. Apple in India, tagging its app store, tweeted an angry emoji, “Be careful when you buy Apple products and iPhones from the Apple Store India. Their service and policies are arbitrary and messy.” (Read: Hence మా నాన్నంటే అసూయ: మంచు విష్ణు) BE CAREFUL When you buy Apple products from Apple store India… Their service and policies are one sided and terrible !! @ Apple @AppleSupport – Nagarjuna Akkineni (@iamnagarjuna) December 9, 2020 It is not yet known what is the latest Apple device bought by Hero Nagarjuna and what is the flaw in it. It is learned that Apple Store has recently launched online in India. The company has initially announced that it will also be offering AirPods for free if the iPhone 11 smartphone is purchased through the official Apple Store. However this offer is not currently available. Apple recently launched its new iPhone series iPhone 12 Mini, iPhone 12, iPhone 12 Pro, iPhone 12 Pro Max on sale in Apple offline stores as well as other online stores. Netizens are also responding to Nagarjuna’s tweets. Netizens are commenting that it is better to use Android products than Apple, and that it would be normal for celebrities to have such situations.
Source