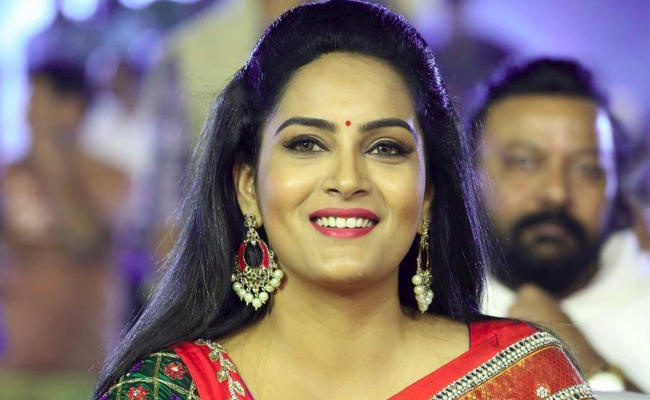 The art shone brightly in front of the camera from the horizon. Although she has no acting experience, she excelled in modeling and appeared on television. Impressive beauty .. Became the best actress with performance. Tanento is proving himself to be a character artist by being introduced to the silver screen with the opportunities presented. Himaja, a young actress, says that acting means a lot to her. – Tenali

Veerlapalem is a snowy town near Tenali. Father Malireddy Chandrasekharreddy, mother Rajyalakshmi. Raised by grandparents in the village. He did his schooling in Nuthakki and his BA in distance education from Tenali College. She went to Hyderabad for a job and took steps towards a modeling career while teaching lessons to children as a private social teacher. The television invitation changed her life at a time when she was settling into a new life as a model and TV anchor, participating in fashion and beauty events. He became very popular in the first serial ‘Konchem Ishtam Konchem Kashtam’ and ‘Swayam Varam’ serials. She won the award for Best Serial Heroine for two years in a row.

Row offers ..
While busy with TV series and reality shows, he also tested his luck on the silver screen. The first film was Shiva. The heroine Rashi Khanna got a good character as a friend. That same year I also did films like Shailaja and Chuttalabbai. Opportunities abound with Janata Garage. He has acted in over 15 films from Dhruva to Chitralahari. After the lockdown, the latest F-3, Groom Wanted movies. Recently, he was a contestant in Bigg Boss-3.

Sonthur on vacation ..
Sonturante is very coveted and Himaja is called ‘Chalo Veerlapalem’ whenever he gets a holiday. A must visit is the famous Ramalaya in Veerlapalem which is also known as Chinna Bhadrachalam. Activities on social media are also available to fans with thought-provoking videos on their own channel, ‘It’s Himaja’.

“Whatever the character, Himaja told Sakshi that it was his responsibility to win the character in the end. In the early days, your face used to say, ‘You don’t get make-up … no matter how much you say … acting doesn’t improve’.