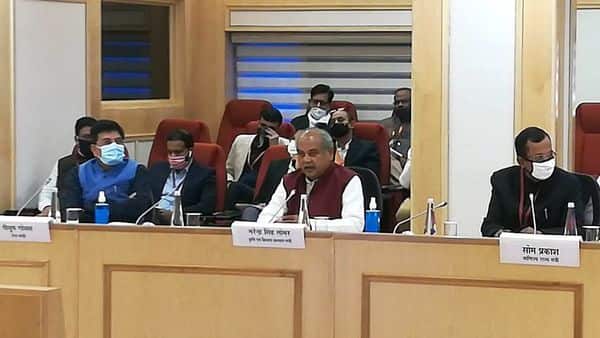 Amid ongoing farmers’ protest across Delhi’s different borders since November 26 against the three recently enacted farm laws, Union Agriculture Minister Narendra Singh Tomar said on Friday that the Center had sent its proposal to the farmers union.

However, they have discussed the proposal but have not responded to it, Narendra Tomar said.

“Our proposal is with them (the farmers), they discussed it but we have not received a response from them. We learned from the media that they have rejected the proposal. Yesterday I told them that if they want, we can definitely talk about the proposal,” he said. Minister of Agriculture.

‘The government will be able to find a solution’

Tomar is hopeful that the Central Government can find the solution to the problems posed by agitated farmers.

“I think we will find a solution. I am hopeful. I would like to urge the farmers’ unions to break the deadlock. The government has sent them a proposal. If there is an objection to the provisions of a law, the discussion will take place on him “, the news agency AND ME he summoned the Minister of the Union.

Reiterating the Modi government’s position on the willingness to hold talks with farmers, Tomar said: “The laws enacted by the government have been formed after much deliberation, to bring a change in farmers’ lives, to eliminate the injustice that was being committed. ” it has been done to them for years. It was done to ensure that farmers could live a better life and enjoy beneficial agriculture. “

The government is ready to make reforms in the laws, says Tomar

“We agree that we are not the dominant power and the unions could also have something in mind. So the government is ready to make reforms in the laws after the talks,” the minister added.

This comment comes a day after Tomar addressed a press conference on agricultural laws, saying that the laws were passed by the Lok Sabha and the Rajya Sabha after a thorough discussion by all political parties.

He added that the government has continued to wait for suggestions from farmer leaders to address their concerns, but they are stuck on repealing the laws.

Meanwhile, the leader of Congress, Rahul Gandhi, has said that the NDA government wants the average income of farmers in India to fall to the level of income that farmers in Bihar earn.