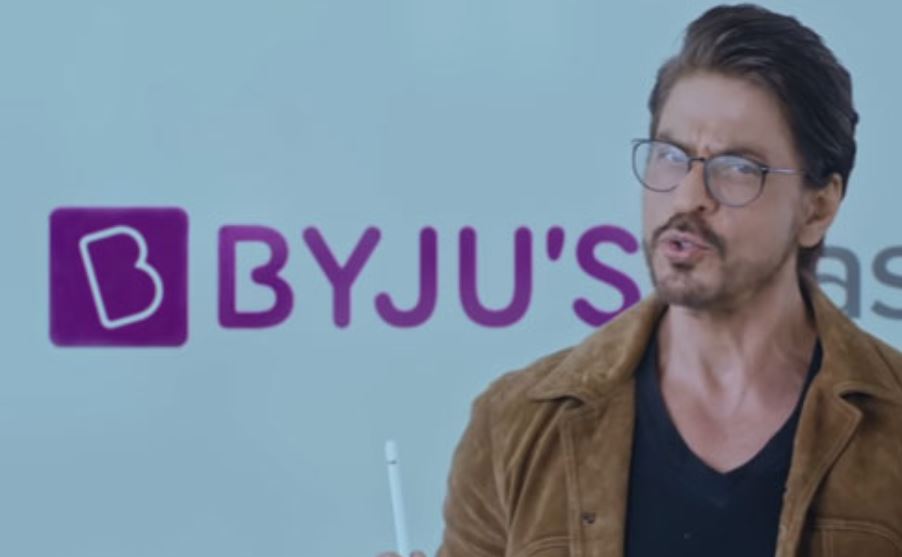 BYJUs, the education technology company has removed all its ad featuring Bollywood actor Shah Rukh Khan following the ongoing investigation against his son in the cruise ship drug case. Shah Rukh Khan has been the BYJUs brand ambassador since 2017.

The company stopped all ads featuring Shah Rukh Khan after he faced backlash on the micro-blogging site. Since the NCB conducted the raid on the luxury cruise ship on the night of Oct. 3 and arrested Aryan Khan, the Netizens who took it have been calling BYJUs for continuing his association with the actor whose son is involved in a drug case .

Netizens argued that promoting a learning app from someone who can’t teach their own child to act legally will reflect badly on the company.

@BYJUS plz change ur brand ambassador. A person who cannot teach their own child to behave legally, if seen promoting a learning app, will install a bad image app 4
Re-think Plz’s promotional strategy
Till @iamsrk is ur brand ambassador, your app is uninstalled in my family.
Draw a filmy. https://t.co/pZsHkac2Ff

@BYJUS draw @iamsrk from advertising as his son is detained in a drug case.# नशेड़ी pic.twitter.com/aR55GW4UZ4

If Shahrukh Khan @iamsrk taught his own children instead of through him @BYJUS, then this problem would not have come today.#ShahRukhKhan #AryanKhan pic.twitter.com/32DN6GY2b8

Dear @BYJUS if you still want to get @iamsrk as ur brand ambassador then i will never ever buy your products for my son. #boycottbyjus #AryanKhan #BoycottBollywood

While Shah Rukh Khan was the face of several well-known brands, including Hyundai, LG, Dubai Tourism, ICICI Bank, and Reliance Jio, Byju’s was one of the actor’s most profitable sponsorship partnerships. According to reports, the educational technology company was paying Rs 3-4 crore annually to Shah Rukh Khan to approve the brand.

Economic Times quoted a confidential source for the development as saying:

“They (Byju’s) have delayed all SRK-related promotions for the time being. It had to be removed as the education company would not like to be seen in promotions with him given the controversy (over the drug case involving his son). ”

“These ads were pre-ordered – as is the process – so it took some time to stop them all,” added the source.

Byju’s had reportedly launched its new advertising campaign with SRK less than three weeks ago.

Although the company has removed SRK ads, it has not released any official statement regarding the matter. It is still unclear whether the company has temporarily removed the ads featuring Shah Rukh Khan or permanently dropped the actor as his brand ambassador.

According to the report, when contacted, a BYJU spokesman declined to comment on the matter.

He sent Aryan Khan to judicial custody for 14 days

On Friday (October 8), a court in Mumbai denied Aryan Khan’s bail petition. According to reports, Khan was taken to Arthur Road jail on Friday and the hearing of his bail application began around 12:30 in Esplanade Magistrates’ Court.

A Mumbai court on Thursday had sent Aryan Khan, son of Bollywood actor Shah Rukh Khan, into judicial custody for 14 days. Aryan Khan was arrested by the Bureau of Narcotics Management (NCB) on October 2, in connection with the luxury drug bust case.