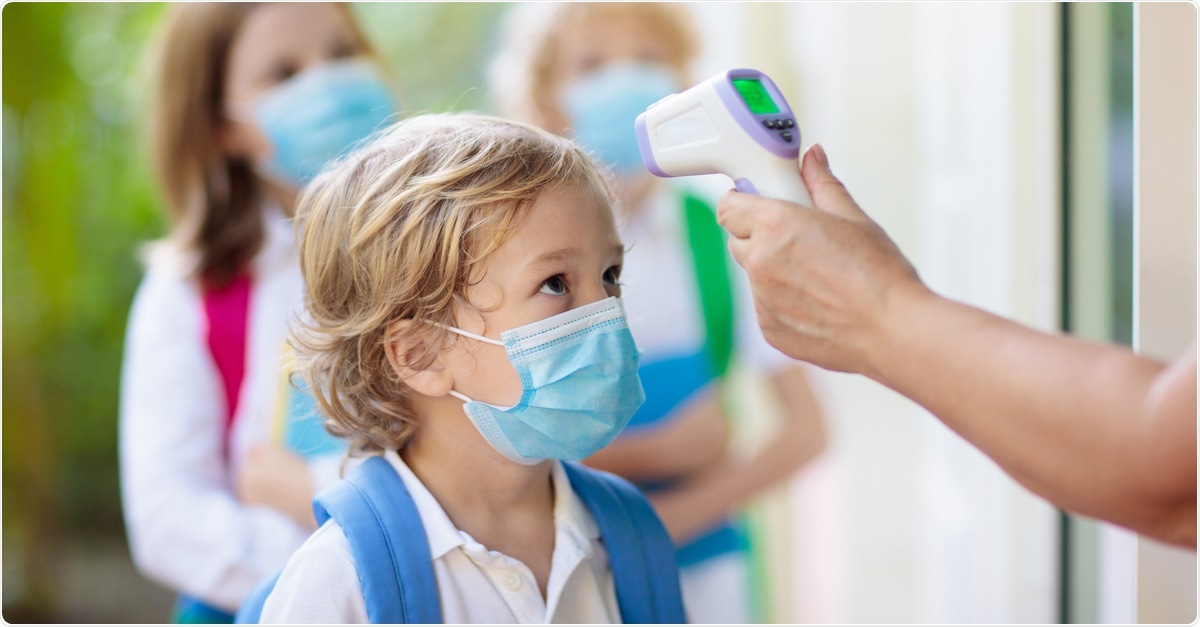 As the coronavirus disease 2019 (COVID-19) continues to spread around the world, scientists have been quick to better understand the virus and how it affects people.

Caused by the severe acute respiratory syndrome pathogen coronavirus 2 (SARS-CoV-2), the disease can cause mild to severe symptoms. Some people are at higher risk of developing severe COVID-19, including the elderly and those with underlying health problems.

Children and young people often develop mild symptoms or no symptoms at all. However, they have been considered super-spreaders as they are believed to spread to other people without knowing they are infected.

A new study by researchers at the Institute for Tropical Medicine and International Health at the Charite Universitaetsmedizin in Berlin found that kindergartens are not reservoirs of silent transmission. However, they recommend that reinforced precautionary measures and routine testing remain essential to reduce the transmission of SARS-CoV-2.

It is essential that measures are put in place to contain the SARS-CoV-2 pandemic, particularly in kindergartens and schools. As schools have reopened in many parts of the world, debates have arisen over whether children act as super broadcasters. However, actual data on the prevalence and transmission of infection in such facilities are scarce.

The study, published in the pre-printed journal medRxiv *, aimed to assess the prevalence of SARS-CoV-2 infections and immunoglobulin G (IgG) seroreactivity among preschool-aged children and household members connected with Berlin kindergartens during the beginning of the second pandemic wave.

To arrive at the study’s findings, the researchers visited 12 Berlin kindergartens between September 29 and October 2. Approximately 1,561 polymerase chain infections (PCR) confirmed that SARS-CoV-2 infections were reported in the area during the week.

In each kindergarten, the team aimed to recruit 20 children and five staff members, whenever possible. A total of 720 people participated in the study.

The researchers visited each facility to collect samples and data. All children and staff were interviewed about signs and symptoms. The team also measured the temperature of the participants’ foreheads.

Additionally, the team collected nasopharyngeal swabs. Household members who collected the children were also invited to participate. They were instructed to bring their own collected swabs, which they were given in advance. For the seroreactivity test, blood samples were collected by puncture on filter paper.

What the study found

The researchers found that signs and symptoms present in one in four kindergarten children include a runny nose, cough, and sore throat. The main complaints among educators who were ill were headache, runny nose, and cough.

Furthermore, 2.6 percent of the children and 1.3 percent of the educators had a fever. The majority of kindergarten children reportedly never wore a mask, with higher wear rates among staff and household members.

In terms of school infection control measures, two-thirds of facilities had a physical distance rule between staff and 91.7 percent between staff and parents. Staff were also mandated to wear face masks when interacting with parents and co-workers.

Additionally, 75 percent of daycare centers allowed children to attend even if they had symptoms of the common cold. In most facilities, children were cared for in groups and fixed rooms, which were ventilated more than five times a day.

The study findings also showed that signs and symptoms, mainly similar to the common elderly, were present in 24.2 percent of children and 28.9 percent of staff. But no SARS-CoV-2 infection was detected among the 701 participants tested. Only one child care worker showed IgG seroreactivity.

The team concluded that, despite increasing pandemic activity, kindergarten children are not reservoirs for the silent transmission of SARS-CoV-2. But the team also noted that infection control measures in schools still need to be put in place to ensure no outbreak occurs.

“Rapid response to detected cases, including subsequent contact tracing and quarantine, is essential,” the team suggested.

“Recent modeling data suggests that repeated detection, for example, twice a week, combined with instant reporting, isolation or quarantine, can greatly reduce viral transmission in a population,” they added.

In addition to testing, regular screening with antigen tests is also crucial in kindergarten settings.

medRxiv publishes preliminary scientific reports that are not peer-reviewed and, therefore, should not be considered conclusive, guide clinical practice / health-related behavior, or be treated as established information.