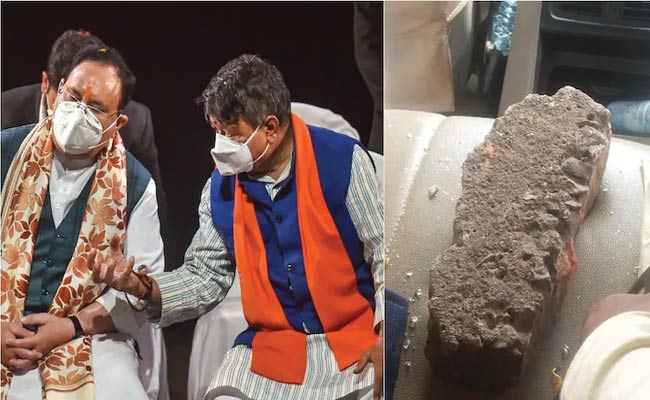 Witness, New Delhi: Union ministers have strongly condemned the attack on BJP national president JP Nadda in West Bengal. Union ministers Piyush Goyal and Narendrasingh Tomar alleged that the attack was carried out under the auspices of Trinamool Congress (TMC) leaders. TMC leaders said they had tried to kill Jaypee Nadda, but he survived because he had a bullet-proof car.
(Read: Attack on Nadda convoy in Bengal)

While on a two-day visit to West Bengal, Kailash Vijayavargia left for Diamond Harbor on Thursday to attend a meeting of party workers. During this time TMC activists stood on both sides of the road chanting anti-BJP slogans and trying to block the road. With that, Urukoka Nadda threw stones at the passing convoy.

Strongly condemns the attack: Bandi Sanjay
Telangana BJP president Bandi Sanjay strongly condemned the attack on Jaypee Nadda. A national party president has criticized the stoning of Nadda convoy, the leader of the party in power at the Center, as a testament to the deteriorating security situation in West Bengal. In Bengal, the Trinamool Congress, the National Congress and the Communists have joined hands to carry out such attacks on the BJP and torture and kill activists, which has become routine in recent times. BJP activists said they were not afraid of such undemocratic actions.