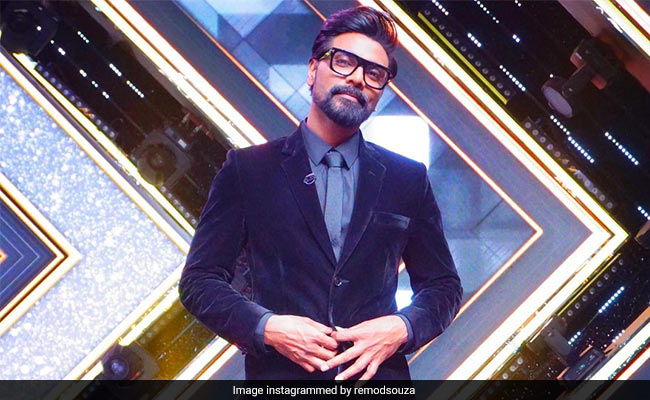 A photo of Remo D’Souza. (Image courtesy of Instagram)

Choreographer and director Remo D’Souza was admitted to the Mumbai hospital on Friday afternoon after suffering a heart attack. The 46-year-old choreographer is currently in the Intensive Care Unit of Kokilaben Hospital and the doctors have performed an angiography on him. Origin close to the family also told the PTI news agency that Remo D’Souza is currently “stable and under observation.” “He had a heart attack. There was a blockage. For now, the doctors have done an angiography and he is currently in the ICU,” the sources told PTI, adding: “He is now stable and under observation.” Remo D Souza is a celebrated choreographer, who has also worked in films such as Kick, Zero, Bajirao Mastani, Bajrangi Bhaijaan and Yeh Jawaani Hai Deewani.

He has been one of the judges of dance reality shows like Dance India Dance, Dance Plus and Jhalak Dikhhla Jaa. Remo D’Souza has won several awards for choreographing several hit songs like Disco Deewane, Badtameez Dil, Balam Pichkari and Deewani Mastani since Bajirao Mastani.

Remo D’Souza frequently shares videos from his training diaries. Have a look:

The choreographer also publishes videos of his dance performances. Recently, sharing a clip from a dance rehearsal, she wrote: “Right before you do your best, you have to mark it in your head. I had fun doing this routine with my amazing dancers and top choreographer Rahul Shetty.”

Remo made his directorial debut with a 2011 film FALTU and went on to do the ABCD series and Race 3. Remo D’Souza is also the creator of the popular dance reality show. Dance +.