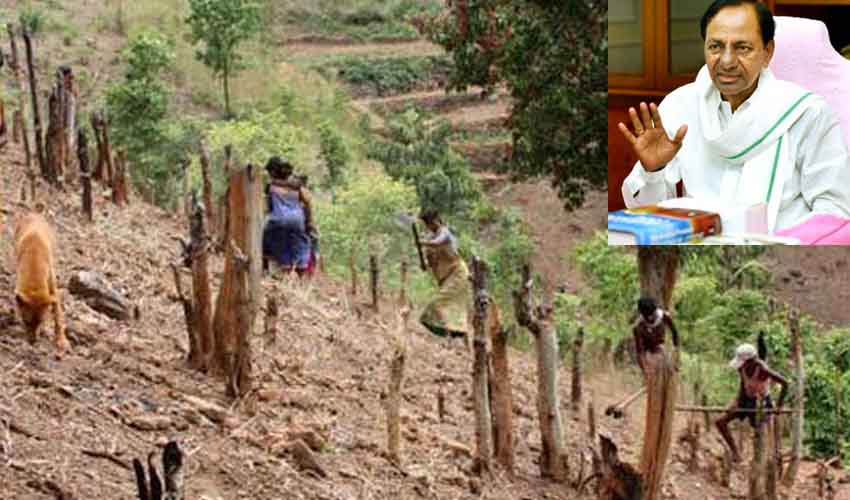 A high level review meeting chaired by CM KCR was held at Pragati Bhavan on the issue of fallow lands. CM KCR gave a key directive to the authorities on resolving land issues in the state. This

CM KCR: A high level review meeting chaired by CM KCR was held at Pragati Bhavan on the issue of fallow lands. CM KCR has issued key directives to the authorities on resolving land issues in the state. It is suggested to start the activity in the third week of this month. When the matter came to a head, the CM clarified that a single yard of forest land could not be encroached upon in the future and all necessary protective measures should be taken to prevent aggression. He said the government would not hesitate to take any drastic measures to protect the forests. He said an all-party meeting would be held in order to resolve the Podu issue and if necessary, the leaders would be shown directly the forest lands alienation policy. The CM directed the officers to prepare duty policies for appointing forest conservation committees.

MAA Elections: It has been four days since I finished campaigning .. He is not ashamed – Prakash Raj

Podu, who is growing in the middle of the forest, will move the farm and allocate land on the edge of the forest. Certificates will be issued to those who have been evacuated and facilities like water facility and electricity will be provided to the farm and farmer bond and insurance schemes will be applied.

“Forest conservation is crucial for human survival. If neglected, it will remain a tree for future generations. The measures taken by the Telangana government to conserve forests and increase greenery are yielding great results. Biodiversity has also increased. The results achieved through the greening program are ideal for the country. A special response is coming to the green fund.

According to the government’s promise in the assembly, action should be taken from the third week of October to resolve the land issues. Applications for highlands should be received across the state. Steps should be taken to check and confirm at the field level based on the issues mentioned in the applications, ”the CM directed the KCR officials.