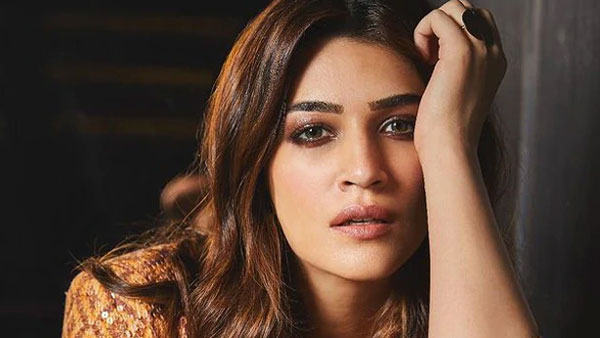 Mumbai: Leading Bollywood actress Kriti Sanon has been infected with the deadly corona virus. She confirmed this. He revealed that he was infected with corona through Instagram. She currently resides in Quarantine at her residence in Mumbai. Kriti Sunon urged those who met her to undergo coronavirus diagnostic tests as a precautionary measure. Revealed that his health was good. No one suggested not to worry.

He claims to be away from phone calls and social media right now. She thanked those who were concerned about her health. He said he would recover quickly with the blessings of all and return with full health. Brihanmumbai Municipal Corporation officials said he was staying at home quarantine on the advice of his family doctor. He said he was in full health.

A few days back, Bollywood star actor Varun Dhawan was also diagnosed with the corona virus. Krithisanan is currently starring in the movie Lukka Chuppi. The shooting of this movie is going on in Chandigarh. Rajkumar Rao is the hero in this. Kriti Sunan arrived in Mumbai a week ago after completing her schedule. During this time she underwent coronavirus diagnostic tests and was found to be positive.

It is known that Krithisanan is playing the role of Sita in the Pan India movie Adipurush which is going to act as the young rebel star hero. The movie is set to hit the sets next year. She is well known to the Telugu film industry with the movie 1 Nenokkadine starring superstar Mahesh Babu. In the second movie, he acted with Nagachaitanya. Dochey appeared as the heroine in the movie. After that movie .. he put his focus on Bollywood.