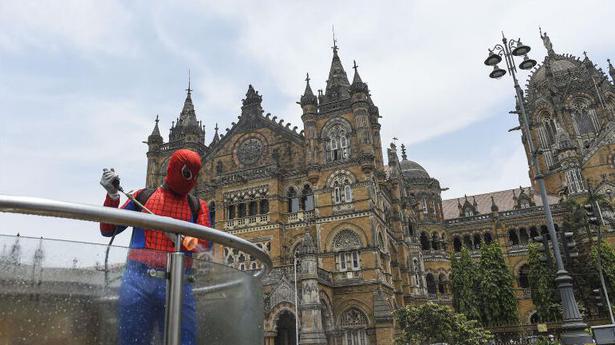 The figures do not include cases and deaths in Tripura and Ladakh. The data are from covid19india.org, an independent aggregator of COVID-19 daily figures.

As many as 16,39,357 samples were tested in India on April 20 (results were available on April 21), a record number of tests conducted on a single day in the country.

It was the first place when the number of daily tests crossed the 16-lakh mark.

The international figures were collected from Our World in Data.

During the peak of the first wave, India’s daily case count did not cross the 1 lakh mark. On September 16, 2020, the country recorded 97,860 new infections, the highest one-day rise for the first wave.

About 29.9 lakh COVID-19 vaccination doses were administered in the 24 hours ending at 7 am on April 21, which is about 2.86 lakh doses less than that recorded in the previous 24 hours. However, it is about 3.44 lakh more doses than recorded in the same period a week before.

The daily vaccination rate in India has dropped in the past week. Between April 7-13, India was administering an average of 34.43 lakh doses daily. However, a week later, as on April 20, the average daily doses given dropped to 27.05 lakh.