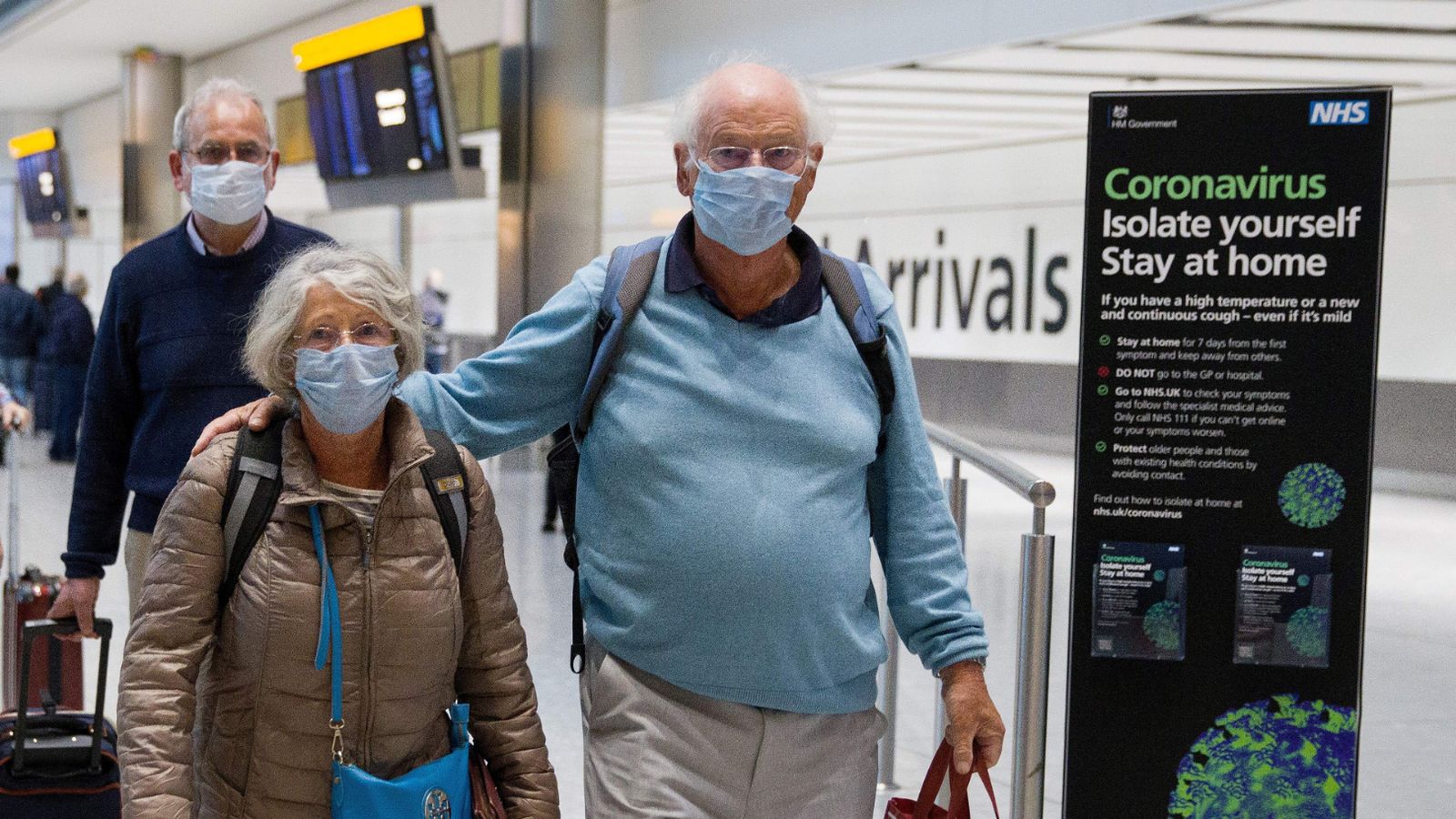 People who have been in contact with someone who has tested positive for coronavirus will need to self-isolate for 10 days instead of 14, starting Monday.

Those who must self-quarantine after returning from countries not on the travel corridor list will also have their period of isolation reduced in the same way, in an approach agreed upon by the four nations.

The changes were announced by UK Medical Directors and will take effect in England, Scotland and Northern Ireland from 14 December. It is already applied in Wales.

Live updates on coronavirus from the UK and around the world

Use the Chrome browser for a more accessible video player


Students to be screened at COVID hotspots

Health chiefs said in a joint statement that after a review of the evidence, they were “sure” that the period of self-isolation could be shortened.

“Self-isolation is essential to reduce the spread of COVID, as it breaks the chains of transmission,” the four CMOs said.

“After reviewing the evidence, we are now confident that we can reduce the number of days you contact with self-isolation from 14 days to 10 days.

“People returning from countries that are not on the travel corridor list must also self-isolate for 10 days instead of 14 days.

They added: “We urge everyone to isolate themselves when appropriate, this will save lives.”

The new rules already apply in Wales following an announcement by the Welsh government earlier this week.

NHS Test and Trace will instruct people to self-isolate for 10 days starting Monday, but due to the time required to develop technical changes, the NHS COVID-19 app will only do the same starting Thursday.

Dr Jenny Harries, England’s deputy chief medical officer, said science is built on the accumulation of evidence throughout the pandemic.

“SAGE, the Scientific Advisory Group for Emergencies, examined this, as well as several academic institutions, the Nervtag, the group specializing in respiratory viruses,” he told reporters.

“All of those combined showed that the end of infectivity is the one in which an individual is least likely to transmit the infection.

“So allowing someone to come out of self-isolation a little earlier than that is a reasonable balance between managing the risk to the public but allowing us not to meddle in their lives.”