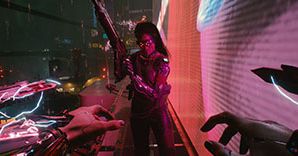 Cyberpunk 2077, The latest game from CD Projekt Red, It has been in development for almost a decade. It was first announced in May 2012 and has had a difficult development cycle, with numerous delays and, in the final stretch of development, a mandatory six-day work week. But despite the long development, the game was not reviewed as well as CDPR wanted, which means that developers who had been working hard for years could have been on the verge of losing the performance bonuses that were tied to the review scores. .

However, the studio’s developers will no longer have to worry about review scores – CDPR will now pay full performance bonuses regardless of critical reception of the game, according to Bloomberg.

“We underestimate the length and complexity involved in making this a reality.”

“We initially had a bonus system that focused on game ratings and release date, but after considering that, we think the move is simply not fair under the circumstances,” Adam Badowski, studio head and creative director, Cyberpunk 2077said in an email to staff obtained by Bloomberg. “We underestimated the length and complexity involved in making this a reality, yet you still did everything you could to deliver an ambitious and special game.”

Cyberpunk 2077 received rave reviews this week; it currently has a Metacritic score of 90 out of 100, which usually indicates that a game is very good. On the contrary, some of the best games this year outperform it with Metacritic scores in the low 90s.

But the reviewers reportedly did not receive a revision code for the console versions of the game, and there are now numerous reports of bugs and problems when playing. Cyberpunk 2077 on old consoles. Given the current problems players are encountering, Cyberpunk 2077 The metacritical score could easily drop below 90 as more posts post reviews. If it falls below that score, the developers would not have received their bonuses under the old system, according to Bloomberg.

NEWS: CD Projekt executives took responsibility for Cyberpunk’s bug release in an email to staff today, saying this year’s performance bonuses will no longer be tied to review ratings, given the circumstances. Before, the threshold was more than 90 in Metacritic https://t.co/poW86s3xaf

CDPR leaders would hand out tokens every month to employees who went the extra mile, and those tokens were supposed to be rolled over to bonuses if the game met “certain criteria, such as critical acclaim and a timely release,” according to The report. Now, however, it appears that all employees will earn their performance bonuses no matter where the review score lands.

The CDPR did not immediately respond to a request for comment.

Cyberpunk 2077 it has been a great commercial success, despite the reviews and bug-throwing. Sold more than 8 million pre-orders, according to CDPR, fully recovering your development and marketing budget from day one. It also broke Steam’s record for concurrent players for a single-player PC game, with over a million concurrent players. Thursday.