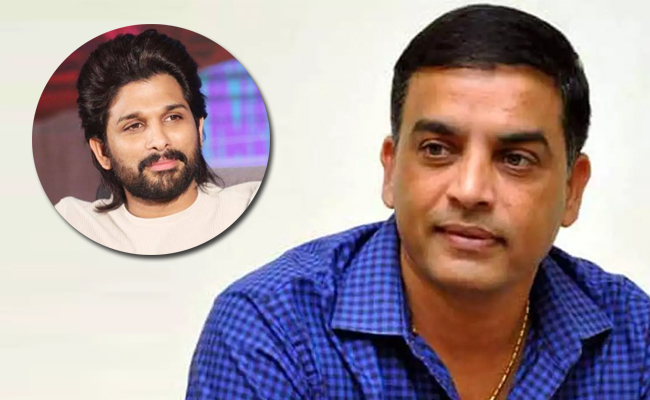 Allu Arjun– It is known that Dil Raju is announcing that he is making a movie in combination. Venu Sriram is said to be directing the film and has also released a movie motion poster. An interesting title ‘Icon’ has also been announced for this movie. However, for some reason, this movie did not work. While Allu Arjun is starring in the upcoming Pushpa movie directed by Sukumar, director Venu Sriram Vakilsab is busy shooting the movie. With this, the news was heard that the movie was stopped. Speaking in a recent interview, Dil Raj reacted to the news coming on the icon.

Venu said that his next film will be an icon under the direction of Shriram and shooting will start soon. However, no confirmation has been given on the role of Bunny in the film. He also said that they did not give the stylish star the title of Icon Star for Bunny, but Bunny himself. Against this backdrop, the talk in Film Nagar is that Bunny will not be starring in the film as the feud between the two has reached a climax. It seems that Bunny was not interested in this project from the beginning, so he is ready to make a movie under the direction of Koratala after Puspa.

However, Dil Raju thinks that Allu Arjun may agree to do ‘Icon’ under the direction of Venu Sriram with the lawyer’s hit ‘. But Dil Raj is impatient that Bunny is not committing another movie, not Venu Sriram. That is why there are rumors that Icon will be doing a movie with another hero besides Bunny in the movie. It remains to be seen whether this is true. An official announcement on this news will come in a few days.

Read: ‘Aarti Agarwal’s career fades out because of him’
Pushpa: Producers who say that it will decrease .. 40 crores for that scene!