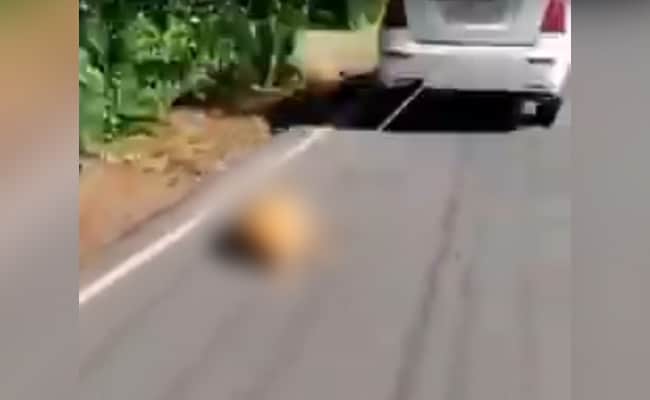 A 62-year-old man was arrested in Ernakulam, Kerala, after a video of a dog tied to a moving car and being dragged away was widely shared on social media. Apparently he had tied the dog to the car.

According to police, the arrested man, Yousuf, is the owner of the car and was also driving it.

“Yousuf wanted to take the dog out of his locality as he was creating a nuisance around his house. This dog was tied behind the car in an attempt to take him to a different location,” said a police officer at the police station of Chengamand.

The video initially shows the dog tied to the car and running after him. However, the dog is later seen being dragged down the road.

The incident occurred at 11 a.m. on Friday. A motorcyclist, Akhil, recorded the video while returning from a hospital. According to police, Akhil said that from a distance it appeared as if the dog was chasing the car, but as it approached, it was tied to the car.

Kerala police dealt with the matter on their own and brought a case under the Indian Penal Code, which included imprisonment for killing, poisoning, mutilating or disabling animals, as well as various sections of the Cruelty Prevention Act. against Animals. The accused has been arrested and is free on bail.