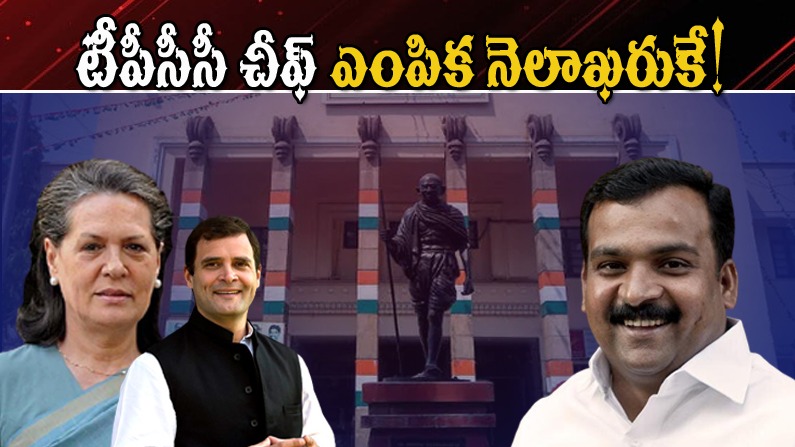 With the unpredictable competition for the Telangana Congress presidency, it seems that the supremacy will be decided by Achituchi. Currently party leaders’ views ప్రస్తుతం

Congress party to finalize TPCC chief by month-end: With the unpredictable competition for the Telangana Congress presidency, it seems that the supremacy will be decided by Achituchi. While collecting the views of party leaders, Gandhi Bhavan sources say that the election of the TPCC president may be completed by the end of December. However, with more than a dozen party leaders hoping for the PCC presidency, the decision seems to have become embarrassing. Party sources say the supremacy is strategizing to accommodate many in one form or another as it is likely to provoke dissatisfaction in others who are given the opportunity. It is learned that Uttam Kumar Reddy has relinquished the post of the weakest Telangana Congress president since 2018 with a series of defeats after the results of the recent Greater Hyderabad municipal elections. As soon as the results came out on December 4, Uttam Kumar sent his resignation to the party chief. However, the selection process for the new president did not begin immediately as party chief Sonia Gandhi was in Goa at the time. With Sonia Gandhi arriving in New Delhi on her birthday and handing over the responsibility of polling on the selection of a new president to Telangana Congress affairs in-charge Manikkam Tagore, he arrived in Hyderabad in a hurry. Leaders flock to Tagore’s opinion polls in Gandhi Bhavan. Ironically .. many of those who meet Tagore in the name of expressing their views want to give themselves a chance to become PCC president. Gandhi Bhavan sources said that it was difficult for Tagore to filter the list as the number of those seeking such was more than ten. On December 9 and 10, Tagore held a referendum at Gandhi Bhavan. However .. Tagore will filter the list of hopefuls .. Will the TPCC presidential election be held on the basis of the report given to the party leadership? Or whether to hand over the reins of the party to one of the loyalists to the superiors is a matter of debate. While Komatireddy Venkatereddy, Revant Reddy and Sridhar Babu were in the front row among those expecting TPCC presidency, some other leaders also came into the race. Senior leaders V Hanumantrao, Ponnala Lakshmayya, K Janareddy, Jaggareddy, Jeevan Reddy, Sampath Kumar, Ponnam Prabhakar and others also wept on the presidency. The request was placed before Tagore to give them a chance. At the national level, the concern of the peasantry has intensified under the leadership of the Congress. Congress party chiefs have become busy adapting this politically. From December 14, the farmers’ concern is going to take a more entrenched form. In this context, it is doubtful whether Tagore will immediately focus on the affairs of the Telangana Congress if he submits his report immediately. With that, Congress party sources say the election of the TPCC president could go on till the end of December.
Source