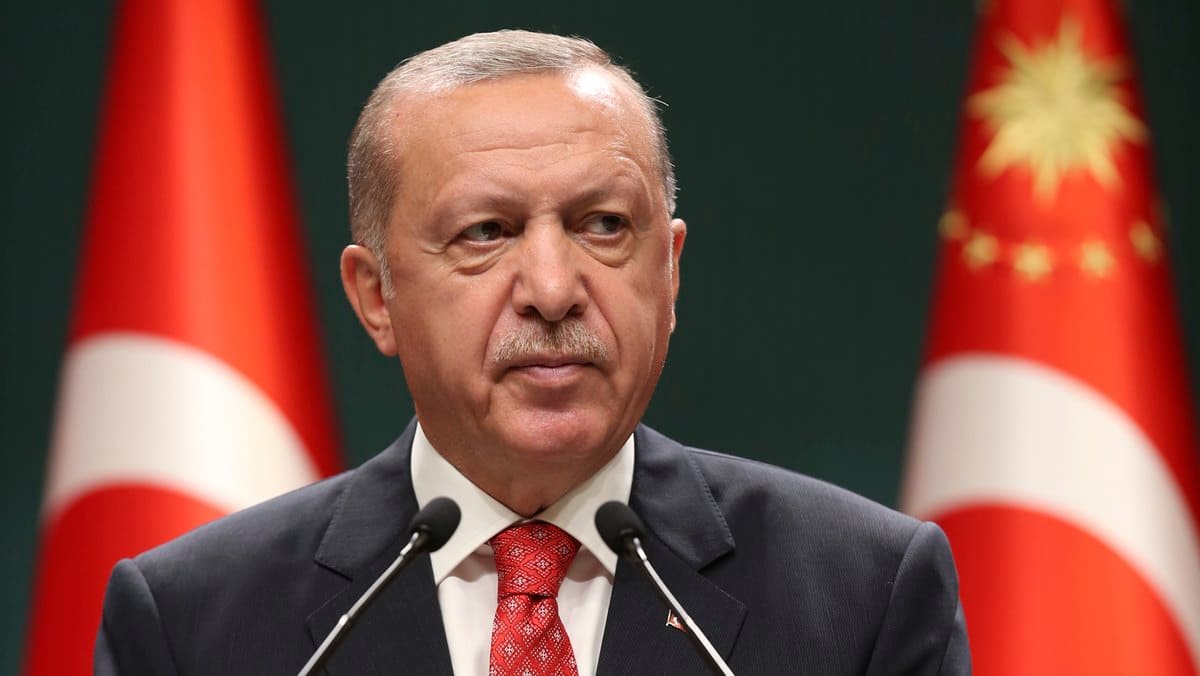 Turkish President Recep Tayyip Erdogan renewed his calls for a change of administration in Armenia as he celebrated Azerbaijan’s military victory against the country.

Erdogan attended a military parade in Baku that celebrated Azerbaijan’s victory in the Nagorno-Karabakh conflict, which claimed more than 5,000 lives.

He called for new leadership in Armenia and said that he could join a regional cooperation with Azerbaijan if he took certain measures. He also raised the possibility of reopening the border between Turkey and Armenia.

Turkey provided critical diplomatic and military backing to Azerbaijan in the conflict over the majority-Armenian enclave, which reportedly included the redeployment of Turkish mercenaries from Syria to reinforce the Baku army.

Under a Moscow-backed deal, Armenia ceded control of some of the areas it lost during the fighting, as well as seven adjacent districts it took during a war in the 1990s. De jure, Nagorno-Karabakh is Azerbaijani territory But the enclave had been controlled by Armenia since the conflict in the 1990s.

“We wish the Armenian people to free themselves from the burden of leaders who comfort them with the lies of the past and trap them in poverty,” Erdogan said in Baku on Thursday.

The leader of NATO’s second-largest army in terms of number of troops said he had discussed forming a regional cooperation initiative with Azerbaijan, Russia, Iran and Georgia, and possibly with Armenia.

He also called for accountability for war crimes that he said were committed by ethnic Armenian forces, as well as the alleged destruction of towns, cities and mosques. Armenian forces have denied such accusations, saying that Azerbaijani troops and foreign mercenaries are responsible.

“We are here today to … celebrate this glorious victory,” Erdogan said. “Just because Azerbaijan saves its lands from occupation does not mean that the fighting is over,” he added. “The struggle that is taking place in the political and military sphere will continue from now on on many other fronts.”