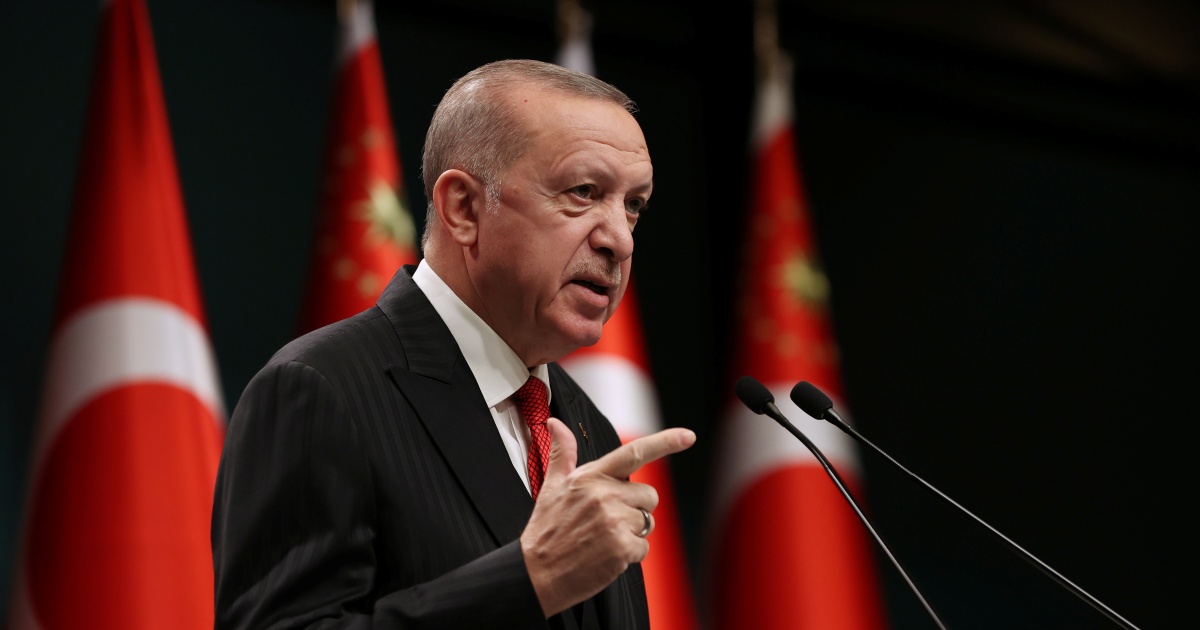 The president’s comments come as the report suggests the EU will toughen sanctions for Turkish drilling at a summit on Thursday.

Turkish President Recep Tayyip Erdogan accused the European Union of never acting honestly with his country and said Ankara was not concerned about the economic sanctions that the bloc might impose on it.

His comments on Wednesday came on the eve of an EU summit where sanctions against Ankara will be considered.

EU foreign ministers said on Monday that Turkey had not helped end a dispute with Greece and Cyprus over possible gas resources in the eastern Mediterranean, but left a decision on sanctions for their meeting on Thursday.

NATO member Turkey has disagreed with EU members Greece and Cyprus over the extension of their continental shelves in the eastern Mediterranean.

Tensions flared in August when Turkey sent its reconnaissance ship Oruc Reis into the waters claimed by Greece.

“The EU has never acted honestly, it has never kept its promises [towards Turkey]. But … we have always been patient. We remain patient, ”Erdogan told reporters before a visit to Azerbaijan.

“Any decision on sanctions that can be made against Turkey does not concern us much,” Erdogan said, adding that Greece had “escaped” from negotiations with Turkey despite having agreed to resume talks on its conflicting maritime claims.

After recalling the Oruc Reis vessel for what it said was maintenance ahead of a previous EU summit in October, Ankara redeployed it shortly after, citing unsatisfactory results from the summit. He recalled the vessel again last week.

European Council President Charles Michel has warned Turkey not to play “cat and mouse” by withdrawing ships before EU summits, only to redeploy them afterward.

France, with the support of the European Parliament, is leading the EU push to impose sanctions. On Monday, Erdogan said Turkey will not “bow down to threats and blackmail,” although he also repeated his call for dialogue.

Reuters reported Thursday that, if agreed, the EU “will prepare additional lists” on the basis of a list of sanctions already in force since 2019, and “if necessary, will work on the extension” of its scope, according to the draft declaration. seen by the news agency.

The EU created a sanctions program last year to punish unauthorized exploration in the eastern Mediterranean Sea, freezing assets of individuals and companies accused of planning or participating in activities in the exclusive economic zone of Cyprus or on its continental shelf.

So far, only senior officials from the Turkish state-owned Turkish Petroleum Corporation have been included on the sanctions list, but Cyprus proposed a list of more names earlier this year.

Negotiations on the two-page declaration are still ongoing and Greece and Cyprus, who accuse Turkey of drilling for hydrocarbons on its continental shelf, believe that the sanctions do not go far enough.

“We welcome additional listings,” said a Cypriot diplomat, according to Reuters. “We would like to see preparations for sector-specific measures at a later stage, in February or March, if Turkey’s behavior does not change.”