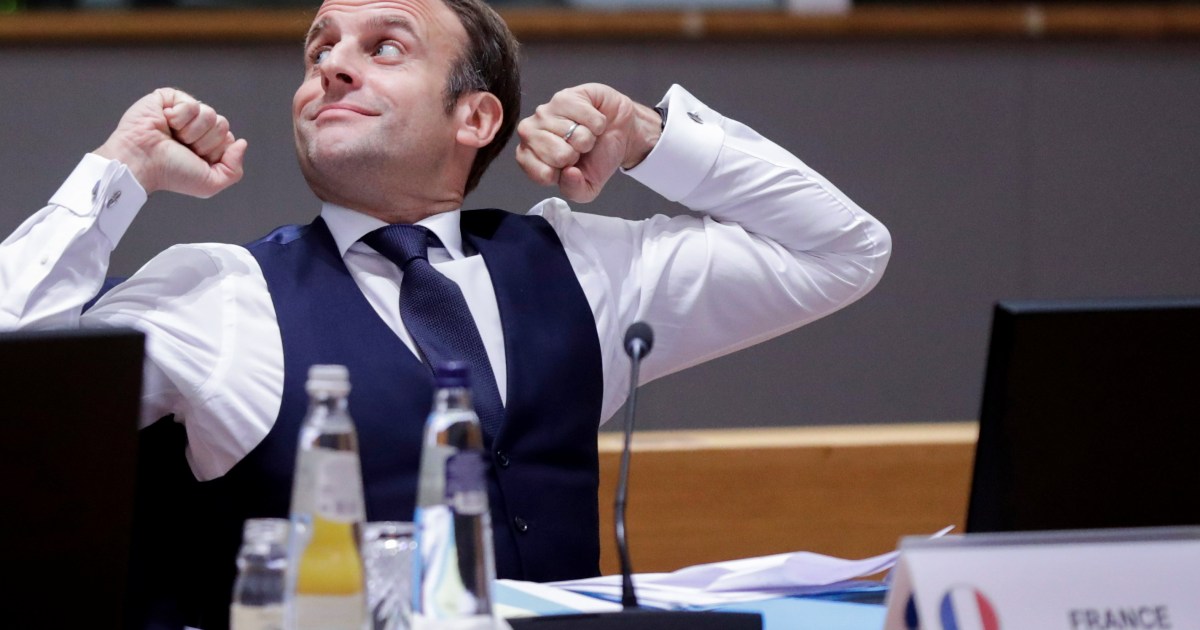 Bloc listens to calls from Greece and France to prepare sanctions against Turkey and will discuss arms exports with NATO and the United States.

European Union leaders plan to discuss arms exports to Turkey with NATO allies and the United States, German Chancellor Angela Merkel said on Friday after Greece pushed for an arms embargo on Ankara.

Merkel spoke after a summit in which the 27 bloc leaders agreed to prepare limited sanctions against Turkish individuals over an energy exploration dispute with Greece and Cyprus, but postponed any tougher measures until March.

“We also talked about how weapons export issues should be discussed within NATO. We said that we want to coordinate with the new US administration on Turkey, “Merkel told a press conference.

The EU and NATO plan to hold a summit with US President-elect Joe Biden after he takes office in January. Many EU states are also members of the NATO alliance.

Commenting on the sanctions, Turkey’s Foreign Ministry in a statement called the measures “partial and illegal”, adding that Brussels should act as an “honest broker” in the dispute.

The bloc needed to address the issue “rightly” rather than pay attention to Greek “provocations”, the Turkish statement added.

The relatively mild sanctions, which include travel bans and an asset freeze, come despite calls for a stricter line from EU member states Greece and Cyprus.

“Europe has demonstrated its ability to stand firm with Turkey by adopting sanctions, thus ending its unilateral actions in the eastern Mediterranean. We gave Turkey a chance last October, we reached out to them, imposed conditions, and unanimously noted that Turkey was continuing its provocative actions, ”said French President Emmanuel Macron, often Erdogan’s greatest enemy on stage. world.

Hardening of the position on Turkey

Merkel’s comments underscored a hardened stance on Turkey among EU governments, many of which have in the past resisted punitive measures against Ankara, a NATO ally, candidate for EU membership and host of Syrians fleeing civil war who would otherwise seek refuge in Europe.

But member states have also become increasingly critical of Turkey’s involvement in Libya and its purchase of a Russian weapons system, among other critical points.

The United States is ready to impose sanctions on Turkey for those purchases, the Reuters news agency reported this month.

Tensions have also erupted over Turkey’s decision to send oil and gas drilling ships to the waters off southern Cyprus, where Greek Cypriot authorities have granted hydrocarbon exploration rights to Italian and French companies.

Turkey says it is operating in waters off its own continental shelf or areas where Turkish Cypriots have rights. Its president, Tayyip Erdogan, said on Wednesday he was not concerned about the sanctions the bloc might impose.

The EU exported just € 45 million ($ 54.53 million) worth of weapons and ammunition to Turkey in 2018, including missiles, according to the EU statistics office Eurostat, but aircraft sales amounted to several billion. of euros.

The United States, Italy and Spain were the top arms exporters to Turkey from 2015 to 2019, according to the Stockholm International Peace Research Institute (SIPRI), based in Sweden, a leading group of experts on conflict and armaments.

EU governments agreed in October 2019 to limit arms sales to Turkey, but failed to reach a bloc-wide ban. The bloc currently prohibits arms sales to several states, including Russia, Belarus, Syria, and Venezuela.

EU governments, including Finland, France, Germany, Italy, the Netherlands, Spain and Sweden, said last year that they were stopping or restricting arms export licenses for Turkey.