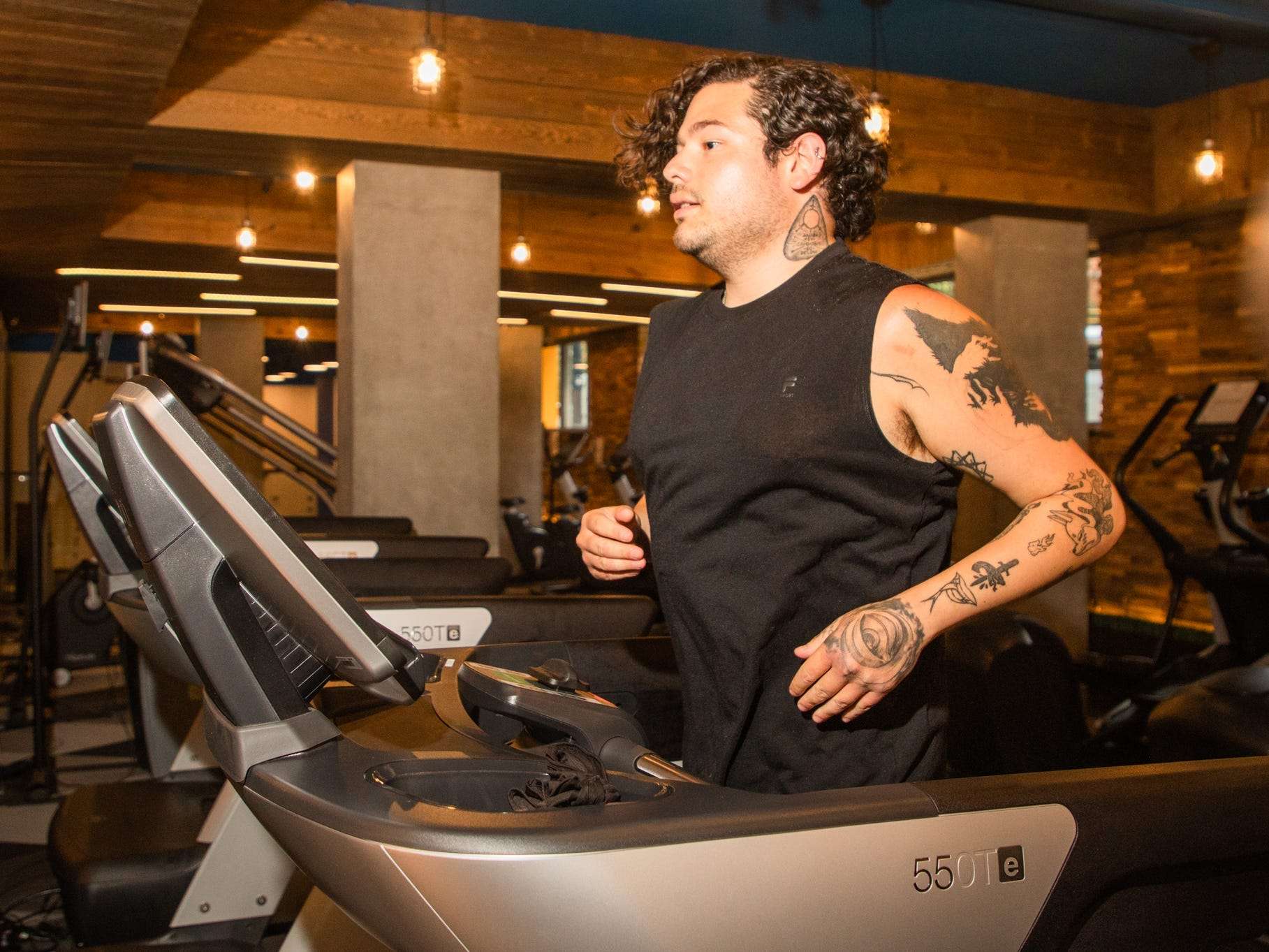 The common wisdom is that you cannot overcome a poor diet. One reason is that exercise can increase your appetite, causing you to eat most of the calories you just burned.

But with enough exercise – about 300 minutes a week – you can lose weight and reduce body fat, according to a study published in Medicine & Science in Sports & Exercise.

Researchers from the University of Kentucky observed 44 overweight sedentary participants between the ages of 19 and 49 when they embarked on 12-week exercise programs. One group was assigned to exercise six days a week for about an hour a day, another group was assigned exercise twice a week, and the final group maintained their typical inactive routine.

While both exercise groups, on average, lost a small amount of total weight, those who exercised frequently lost significantly more body fat.

The researchers found that exercise increased the participants’ appetite by stimulating the hormones that drive them to eat. However, the 300 minutes a week burned enough calories to make up for the post-workout snacking, they concluded.

Exercising can increase your appetite to help your body offset the calories burned.

Exercising for an hour a day, six days a week, burned an average of 2,750 calories, according to heart rate monitor calculations the participants wore.

While the group that exercised twice a week also burned about 1,500 calories and logged an average of 90 minutes per session, their weight and fat loss were hampered. That’s due to a phenomenon called compensation, according to the researchers. If you’ve ever exercised vigorously and felt hungry afterward, you’re familiar with this: When your body burns more calories than it consumes (an energy deficit), it can respond by increasing the hormones that make you feel hungry.

That can cause you to consume about 50% of the calories you just burned, in the form of meals and snacks after training, according to previous work by this research team, or about 1,000 additional calories a week.

In this study, both exercise groups experienced compensation. The group that exercised six times a week had a slightly higher appetite and consumed more additional calories than the group that exercised twice. But all those extra minutes of exercise helped them maintain a calorie deficit, leading to weight loss and body fat reduction.

But losing weight is incredibly complicated, and this study has some major limitations.

For example, the study defined exercise as deliberate physical activity with the purpose of improving or lose weight. As a result, he did not include some daily calorie-burning activities, such as walking or cleaning, as they were not part of a workout.

Those gentler forms of exercise can have significant health benefits, including a lower risk of disease. They can also help you lose weight when combined with the right diet.

Deliberate exercise also has some additional benefits. More vigorous forms of exercise, such as strength training, can help you build muscle. As your strength and endurance improve, you can work harder in your workouts, increasing calorie burn as intensity increases. Those extra muscles also have the added benefit of burning more calories even while you’re resting, so your overall metabolism increases slightly as lean mass increases. Finally, exercise is linked to a ton of positive changes that have nothing to do with your weight, including better mood, better sleep, and a longer lifespan. These are all good reasons to hit the gym, whether you’re on a diet or not.

How to have an effective workout when you’re hungover and signs you should stay in bed, according to a personal trainer

A vegan diet low in fat and high in carbohydrates could speed up your metabolism and increase weight loss, according to a new study