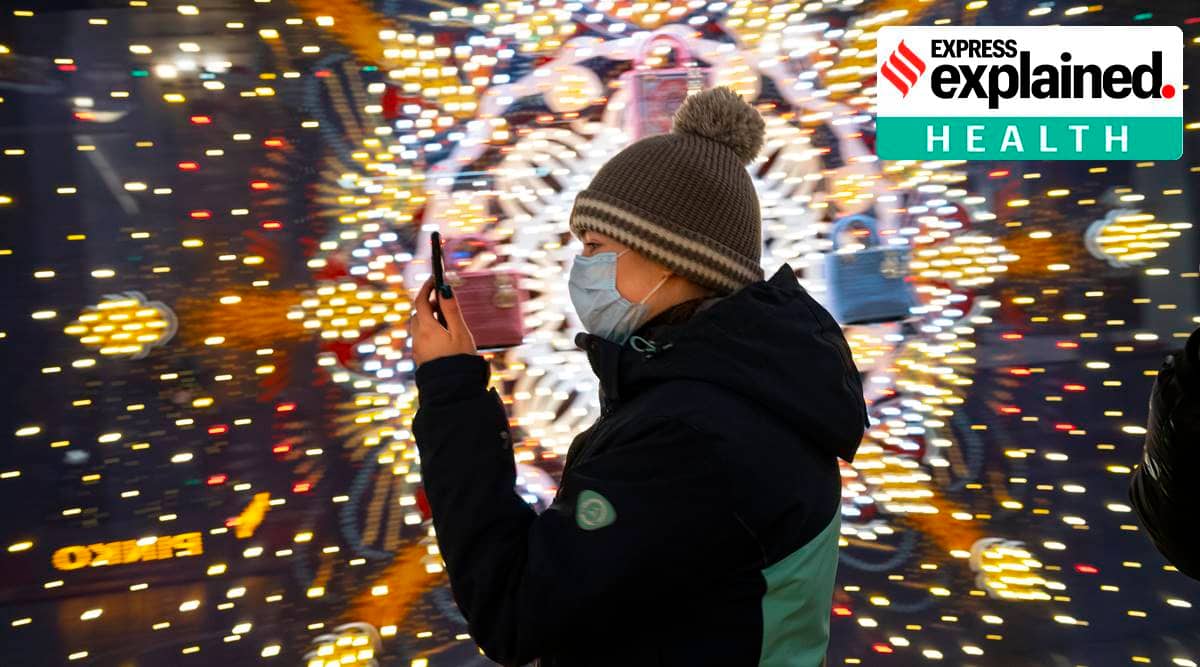 A woman in a mask walks past a Moscow store decorated for Christmas. Some in Russia have objected to the warning about alcohol especially since it occurs in the middle of the holiday season. (Photo: AP)

Days before a large-scale inoculation campaign for the ‘Sputnik V’ vaccine, Russian health officials are asking citizens to avoid alcohol for about two months.

The warning has not gone down well with a large section of Russians, who believe the request is unreasonable. Some health experts fear that the extreme recommendation may even deter people from getting the vaccine.

Why have Russian officials warned citizens to avoid alcohol?

The warning was issued by the country’s Deputy Prime Minister Tatiana Golikova, who in an interview urged all Russians to be more cautious during the 42 days it takes for the Sputnik V vaccine to be effective.

In an interview with the Russian radio station Komsomolskaya Pravda, Anna Popova, director of Russia’s consumer safety watchdog Rospotrebnadzor, echoed the warning. In addition to urging people to stop drinking for 42 days after receiving the first of the two injections, he also asked them to refrain from drinking alcohol for at least two weeks before getting vaccinated.

“It is a strain on the body. If we want to stay healthy and have a strong immune response, don’t drink alcohol, ”Popova explained.

Can drinking alcohol really reduce the effectiveness of the Covid-19 vaccine?

Shortly after Popova’s interview, Sputnik V vaccine developer Alexander Gintsburg contradicted her warning. “A glass of champagne won’t hurt anyone, not even your immune system,” he said in a tweet shared on the vaccine’s official Twitter user, along with a photo of Hollywood actor Leonardo DiCaprio lifting a glass of champagne. .

“A glass of champagne will not harm anyone, not even your immune system,” said Dr. Gintsburg, developer of the #SputnikV vaccine. pic.twitter.com/1EAqdbMLpY

But Gintsburg said it was important to avoid alcohol three days before and after the two injections, Reuters reported. He added that the advice would apply to all Covid-19 vaccines and not just Russia’s Sputnik V.

Meanwhile, in the UK, the only country where Covid vaccination is ongoing, there is no such guideline. In fact, a spokesperson for the pharmaceutical company Pfizer, the developer of the currently administered UK vaccine, confirmed that health regulators have not included any warning about alcohol consumption that affects the effectiveness of the injection.

Most health experts around the world have said that there is little evidence to show that a glass of wine or beer could interfere with a person’s immune response after being vaccinated against Covid-19. Some have even suggested that extreme warnings, like those from Popova and Golikova, could harm public health by discouraging people from getting the vaccine in the first place.

While some studies have shown that excessive alcohol consumption can damage the immune cells that line the intestines of a human being and thus affect their ability to fight bacteria and viruses, there is not enough research to show that alcohol can prevent a vaccine from producing an immune response. .

A view of a vial of the experimental Sputnik V coronavirus vaccine from Russia. (Photo: AP)

Why did the warning provoke outrage among Russians?

Russia is stepping up its efforts in preparation for a mass vaccination campaign that will begin later this week. The jab, which was approved through an expedited process even before clinical trials were completed, has already been administered to thousands of doctors, soldiers, teachers and social workers in recent days. The vaccine is administered in two sessions with an interval of 21 days between them.

Under Popova’s warning, citizens who receive the vaccine for the next several weeks will have to refrain from drinking alcohol during the Christmas season, which for many Russians is a hugely unreasonable request. Russia is the fourth largest consumer of alcohol per person in the world, according to the World Health Organization. The average Russian consumes about 15.1 liters of alcohol per year.

“This really bothers me,” Moscow resident Elena Kriven told Reuters. “It is unlikely that I will not be able to drink for 80 days and I consider that the stress on the body from giving up alcohol, especially during a festive period, would be worse than the (side effects of the) vaccine and its presumed benefits.”

Why has Sputnik V been the subject of widespread skepticism?

Almost nine months after the Covid-19 pandemic broke out in China, Russia became one of the first countries in the world to grant regulatory approval to a vaccine for civilian use. The country’s president, Vladimir Putin, attested to its effectiveness, insisting that it had the ability to form “a stable immunity” against the deadly infection.

However, the vaccine, developed by Moscow’s Gamaleya Institute in collaboration with the country’s Defense Ministry, provoked widespread skepticism, as it was approved for civilian use even before clinical trials were completed.

Supporters of the vaccine insist that it offers 95% protection against the virus. But their data is based purely on interim results, after only 39 trial volunteers contracted the new coronavirus, the BBC reported.