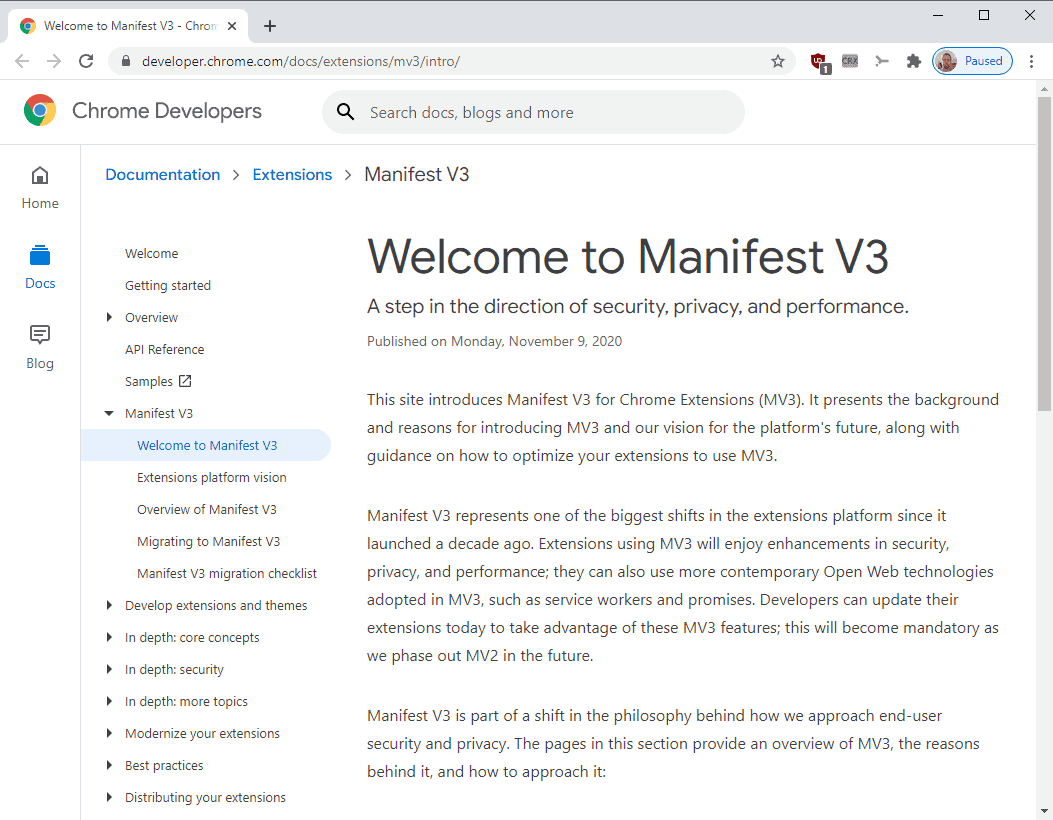 Google unveiled plans to update the Manifest extension used by Chromium-based browsers like Google Chrome to version 3 in early 2019. The initial draft was heavily criticized, especially over Google’s plan to limit the webRequest API that they use content blockers and other extensions. The new API, declarativeNetRequest, had filter limits and other restrictions that would spell the end of many ad blockers for Chrome.

Companies like Brave or Vivaldi expressed concern about the proposed changes and let users know that they would do everything in their power to maintain compatibility with Manifest V2 in their browsers.

Mozilla, the maker of Firefox, revealed that it had “no immediate plans” to remove the blocking portion of the webRequest API.

Google notes that it received a lot of feedback when it published the first draft, and that it used the feedback to improve APIs, including the controversial NetRequest declarative API. The company’s engineers have added support for “multiple static rule sets, regular expressions within rules, modifying declarative headings, and more” to the API since then.

Google’s Chrome Web Store will accept submissions for extensions using Manifest V3 starting in January 2021 when Chrome 88 hits the stable channel. The company has not yet set a date for removing support for Manifest V2 extensions.

Andrey Meshkov, Co-Founder and CTO of AdGuard, suggests that maintainers of other Chromium-based browsers may maintain support for Manifest V2 for “some time,” but it seems unlikely that support will be available indefinitely. Meshov believes Mozilla will also replace Manifest V2 with V3 in the organization’s Firefox web browser.

Now you: What will you do when Manifest V3 becomes the only Manifest compatible with your browser?