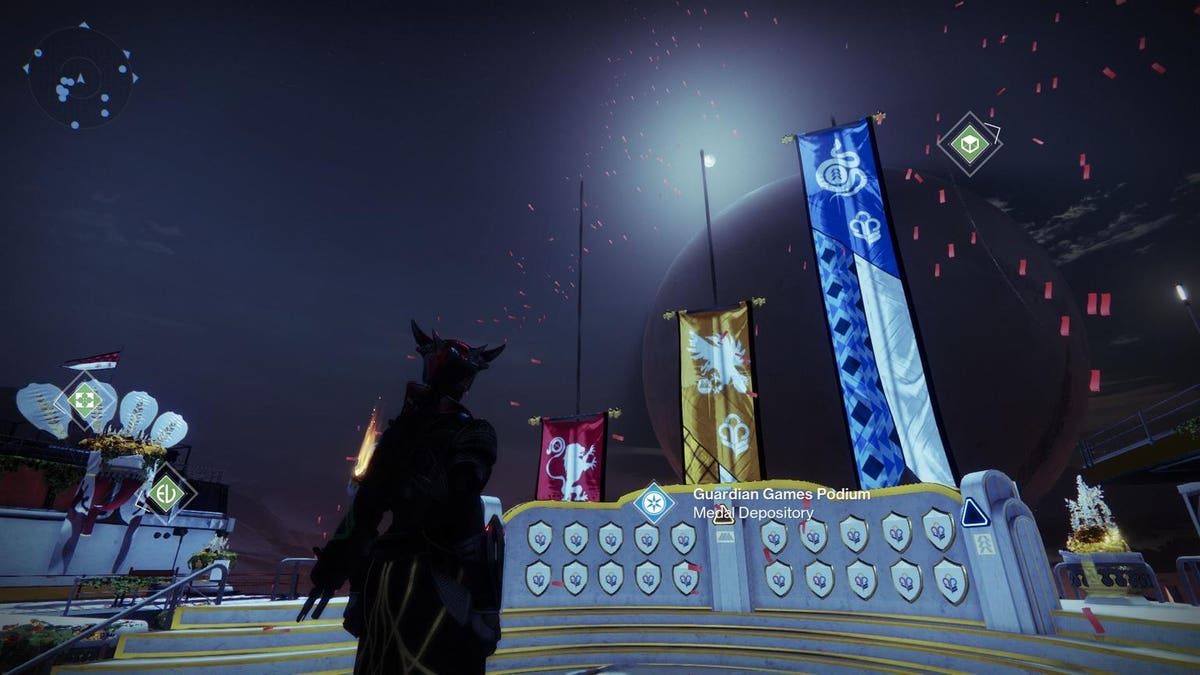 While I was on “vacation,” I managed to play quite a few Guardian Games yesterday on my trusty Razer Blade, enough to make some judgments about this newest itinerary, which looks like it’s about to get Hunters to win day one, as predicted.

The Guardian Games has made some improvements this time around, encouraging players to “master” a single class rather than rustle through all of them, and there’s a new strike playlist that bands a single class at a time.

After many Warlock strikes and a million lapses, something feels like it’s missing from this system.

I know we’re on day one here, so the gold, silver and bronze bonuses aren’t in place yet. But I mean, basically, the main attraction of the event is … power strike playlist 1100. In effect, 1100 strikes are the single easiest activity in the game lacking public events or lost sectors (well, sectors lost legendary) and given that the graduation bonuses will only applied to this playlist feels a bit ho-hum. They are just not needed. Why do I need better health and recovery or basic or elemental damage for strikes you can already go through? And one negative modifier (more enemy melee damage, no radar) isn’t going to do much either, I don’t think.

He feels that this event would have been much more interesting had the daily placement bonus payments applied everything in the game except maybe Crucible, to avoid a balancing nightmare, or Ordeals, to avoid cheap Overseer Invader. I imagine running dungeons or raids or even Gambit with those bonuses active, which would be far more entertaining than using them in an already gakewalk 1100 strike playlist.

I would venture to say that Guardian Games is more fun on social media than it is in the game itself. Yes, this is an improvement on the altogether bounty based system last year, but it is not that much different. The contestant cards still feel like bounties in their own way, and I’m on my sixth strike one and haven’t yet had anything different than “arc kill, solar or stasis.” It also feels like I’m practically trapped on 500 oars always running strikes where they are abundant, and there’s nothing to spend on them other than … more competitor cards.

The one “inquest” for Guardian Games that I am involved with is the Inheritance Appearance Catalyst, which falls after a gold medal has turned in and requires at least a little work to complete. I heard that the catalyst is actually buffing a full 75% shield strength, which is nothing, so I am keen to lift it. I’ve always liked this gun.

More than most, Guardian Games feels like an Eververse focused event with a million items in store but relatively little to do or win in the game itself. The new class items are cool, but past that you can win … last year’s Ghost shells, last year’s new exotic or the single-roof bird.

I’m probably the most curious about this period of time, the “closing ceremonies” that are new from last year and we know nothing about it. It also leads directly into next season and I think that means it should have some sort of story component.

As for who will win? No idea. It’s too early to tell and we knew that Hunters would lead early. But that final 10% place bonus will add up quickly, and we’ll know more after week 1 here.

Pick up my sci-fi novels y Herokiller series, a The Earthborn Trilogy, which is also on audio book.