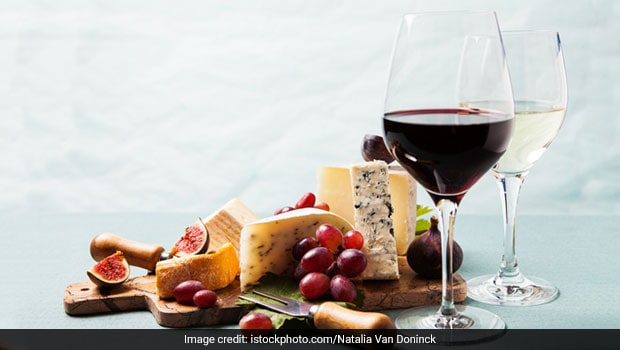 Winter is here and cold weather calls for fun, meals, and festivities. With Christmas just around the corner, it’s time for some wine. A glass of red or white wine not only makes the celebration special, it also helps keep you warm during winters. And when paired with some cubes of cheese, the combination means indulgence. But did you know that this classic wine and cheese combination could also have a positive effect on your health? Yes, you heard right.

A study, conducted by researchers at Iowa State University, found that if taken responsibly, wine and cheese can have a direct impact on our cognitive acuity in our later years and reduce cognitive decline. The findings were published in the Journal of Alzheimer’s Disease.

The research was carried out in 1787 adults, aged between 46 and 77 years. The participants took a test called the ‘Fluid Intelligence Test’ and answered different questions about their food and alcohol consumption. They asked about their intake of fruits, vegetables, alcohol, fish, meat, cheese, bread, cereals, tea, coffee, etc.

According to a report published at Iowa State University, the survey findings were:

“I was pleasantly surprised that our results suggested that eating cheese and drinking red wine responsibly on a daily basis is not only good for helping us cope with our current COVID-19 pandemic, but perhaps also dealing with an increasingly complex world. It never seems to stop, “said Auriel Willette, assistant professor of food science and human nutrition at Iowa State University.