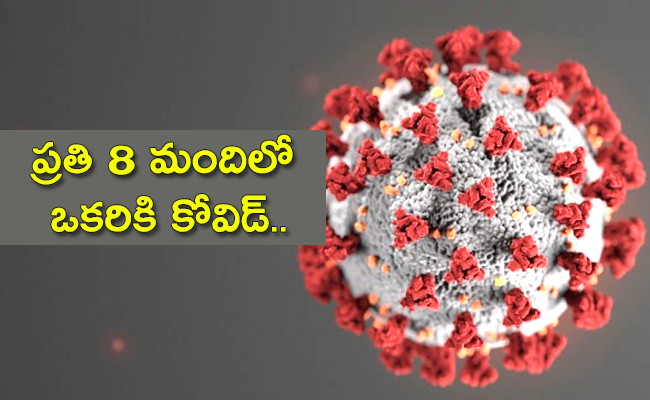 Witness, Hyderabad: Did the corona partial herd immunity (partial herd immunity) come in the country ..? So did the corona spread and its calmness decline ..? That is what the medical community is saying .. The number of corona cases in the country is currently declining. The number of people going to hospitals has dropped by the same amount. About 90 percent of the corona beds remain empty. This is a good development. In addition to this semi-collective immunity, medical experts say that full herd immunity can be achieved if the vaccine is given to those who need it. It is said that a second wave could not have a big impact on us in the current situation. By August, the number of cases in the country had increased tenfold compared to May. Kovid‌ infected most of the population. Hence it is said that collective immunity came in part. Read: Warriors vaccinated … ICMR reveals that 7% of people in the country have been infected with corona since August. As many as 7.43 crore Indians over the age of 10 have been infected with the virus since August this year, according to the Zero Survey. A high percentage of people did not develop symptoms due to high immunity. About 50 per cent of people in India are said to be infected. The study was recently published in the Lancet Global Journal of Health. Due to the high population density, the urban population is more likely to be infected with the virus than in the villages. It revealed that many people, especially in the slums, had been infected by August. Read: More than 3,000 deaths in a single day ‘In India, one in every 15 people who have passed ten years as of August this year has contracted the virus. Outbreaks appear to be exacerbated in middle-aged people from May to August. But the symptoms did not go away. ‘ Nine out of every 10 people do not have corona symptoms due to the presence of antibodies. Zero prevalence in Telangana is more than double the national average. As of September, it was 12%. That means that one in every 8 people has already had it, according to medical experts. The spread of the virus is expected to be higher in October and November. About 97 percent of people in the country have symptoms of corona by the end of April, while 32 percent have no symptoms. Now 97 percent are asymptomatic, the report said. That means only three percent have symptoms. By the end of September it took 28 days for the cases to double. If the infection continues in the same manner, the herd will reach immunity by December, the ICMR report said. But experts say that since then the cases have not increased so partially the herd has been able to reach immunity. Tests are being done by those with symptoms in the country. Not doing for those without symptoms. So the cases are not coming out. The virus is widespread without symptoms. Corona cases are not as serious as they initially were. We have already reached that stage .. One out of every 8 people in the state is already infected with corona. Considering the cases of the last two months many more may have come to the corona. Most people are infected with the virus without symptoms. This is how the virus spreads unknowingly. If the ICMR estimate is true we may have already reached the partial herd immunity stage. That is why there is no second wave in our country that has affected the whole world. Moreover, the cases in our country are in decline. Compared to last week, the number of cases in our country has decreased by 14 per cent and in Telangana by 24 per cent. So these things need to be taken into consideration in vaccine distribution. – Dr. Kiran Madala, Head of Critical Care, Nizamabad Medical College
Source