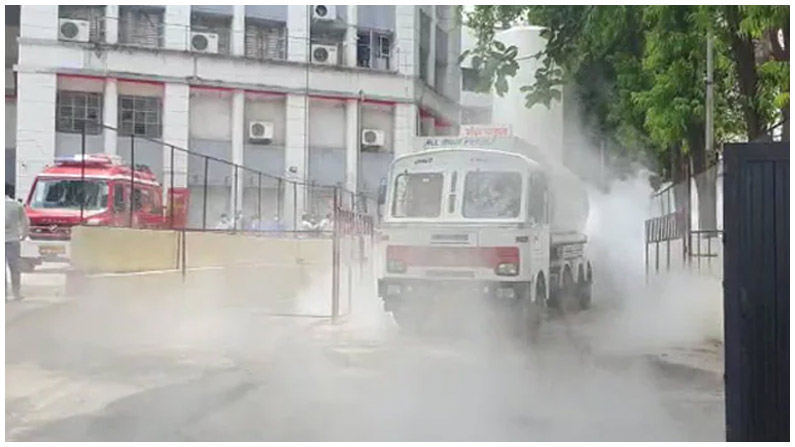 The government has appointed a three-member committee to probe the oxygen leakage incident at a municipal hospital in Nashik, Maharashtra.

The government has appointed a three-member committee to probe the oxygen leakage incident at a municipal hospital in Nashik, Maharashtra. At least 22 people were killed in the incident. Of these, 11 were men and the same number were women. They were being treated on a ventilator and the oxygen supply was cut off due to a leak in the oxygen storage plant, local officials said. The Maharashtra government has announced compensation of Rs 5 lakh to the families of the deceased. About 150 patients have been admitted to the hospital, 23 of whom are being treated on ventilator support and the rest on oxygen support, officials said. Maharashtra CM Uddhav Thackeray expressed deep grief over the incident. He said the families of the deceased would be paid an ex-gratia of Rs 5 lakh. Oxygen supply appears to have decreased due to leakage from the storage tank. Health Minister Rajesh Top commented that it was yet to be ascertained whether the incident was due to negligence or some other reason.

There was a tragic atmosphere with the cries of the family members when they found out that they had died. They are, in order to avoid local police gathered there were various flittings. Nashik Police Commissioner Deepak Pandey said that it is believed that there was an oxygen leak while replacing the storage tank and all matters will be known during the investigation.

See more here: The heroine who remembers her childhood memories .. The kisser who shared the throwback photos with her father ..