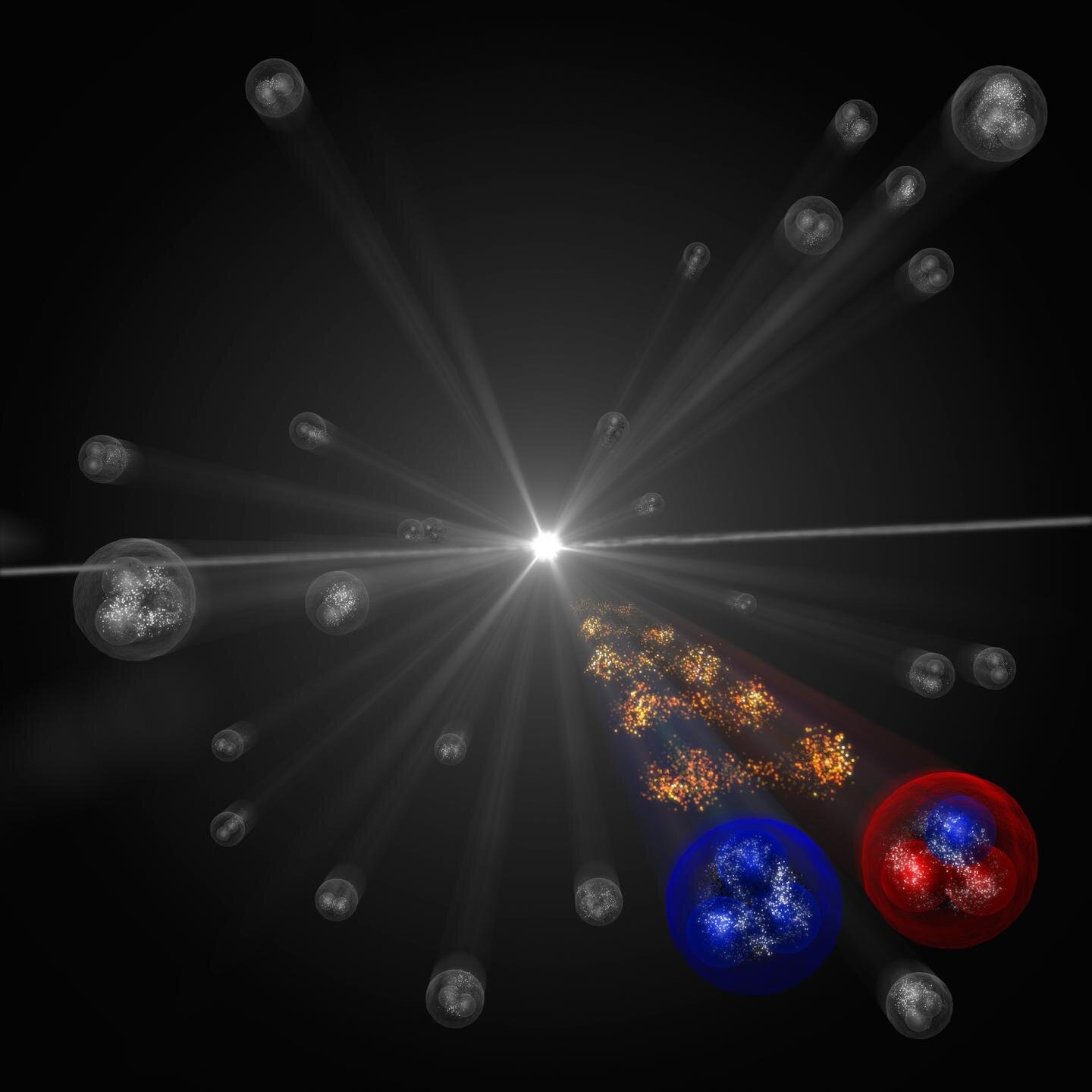 Positively charged protons in atomic nuclei should repel each other, and yet even heavy nuclei with many protons and neutrons stick together. The so-called strong interaction is responsible for this. Professor Laura Fabbietti and her research group at the Technical University of Munich (TUM) have developed a method to accurately measure the strong interaction using particle collisions in the ALICE experiment at CERN in Geneva.

As part of the ALICE (A Large Ion Collider Experiment) project at CERN in Geneva, Prof. Laura Fabbietti and her research group at the Technical University of Munich have developed a method to determine with high precision the forces that act between protons and hyperons. , unstable particles that comprise the so-called strange quarks.

The measurements are not only groundbreaking in the field of nuclear physics, but also the key to understanding neutron stars, one of the most enigmatic and fascinating objects in our universe.

Comparison between theory and experiment

The strong interaction theory can be used to determine the strength of the interaction. However, these calculations do not provide reliable predictions for normal nucleons with up and down quarks, but rather for nucleons that contain heavy quarks, such as hyperons that contain one or more strange quarks.

Experiments to determine the strong interaction are extremely difficult because hyperons are unstable particles that rapidly decompose after production. This difficulty has so far prevented a meaningful comparison between theory and experiment. The research method implemented by Professor Laura Fabbietti now opens a door to high-precision studies of the dynamics of the strong force in the Large Hadron Collider (LHC).

Strong force measurement for even the rarest hyperon

Four years ago, Prof. Fabbietti, Professor of Weird and Dense Hadronic Matter at TUM, proposed using a technique called femtoscopy to study the strong interaction in the ALICE experiment. The technique allows investigating spatial scales close to 1 femtometer (10 ^ -15 meters), about the size of a proton, and the spatial range of strong force action.

Meanwhile, Professor Fabbietti’s group at TUM managed not only to analyze the experimental data for most of the hyperon-nucleon combinations, but also managed to measure the strong interaction for the rarest of all hyperons, the Omega, which consists of three strange quarks. Additionally, the group also developed its own framework that is capable of producing theoretical predictions.

“My TUM group has opened a new avenue for nuclear physics at the LHC, one that involves all kinds of quarks, achieving unexpected precision in a place where no one has looked until now,” says Professor Fabbietti. The work published now in “nature” presents only a few of the many interactions measured for the first time.

Understanding the interaction between hyperons and nucleons is also extremely important for testing the hypothesis of whether neutron stars contain hyperons. The forces that exist between the particles have a direct influence on the size of a neutron star.

Until now, the relationship between the mass and the radius of a neutron star is unknown. In the future, Professor Fabbietti’s work will also help solve the neutron star conundrum.

Provided by the Technical University of Munich

This document is subject to copyright. Apart from any fair dealing for private study or research purposes, no part may be reproduced without written permission. The content is provided for informational purposes only.