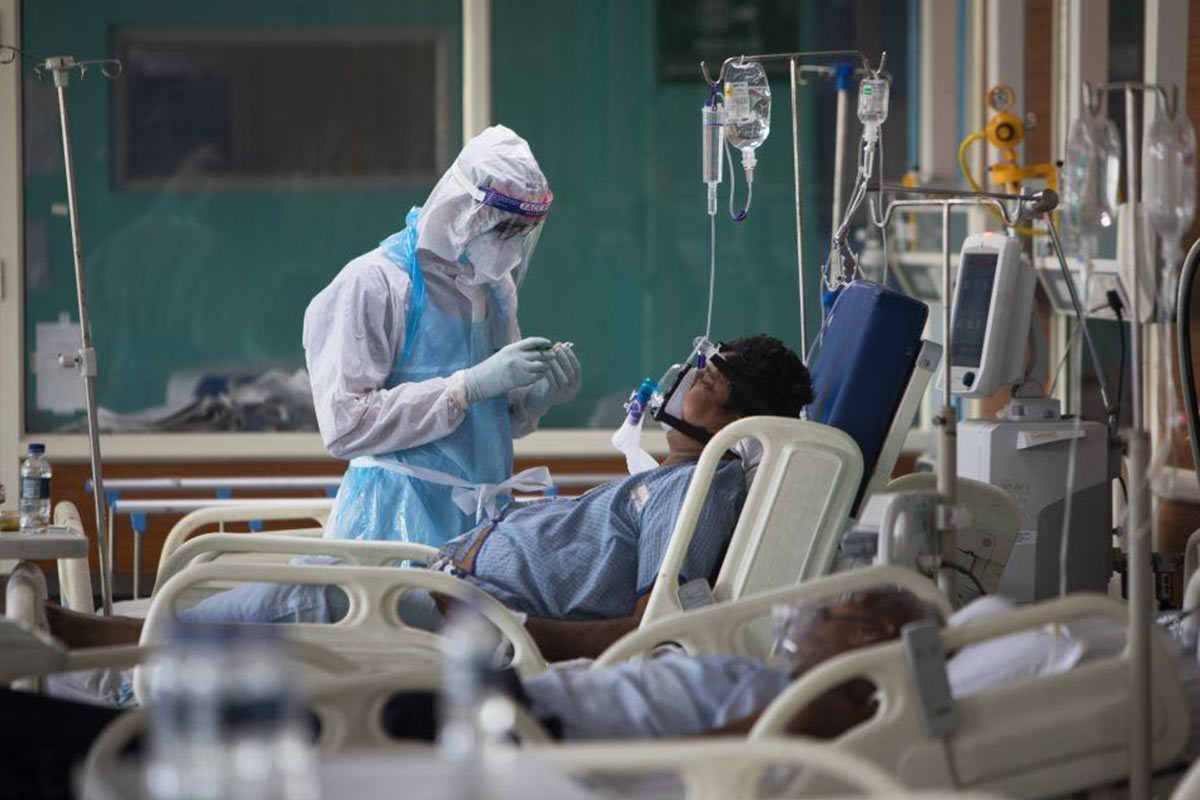 The state has sent medical oxygen tankers to Goa, Tamil Nadu and Karnataka.

A 123 year old section formed by the Government of India, PESO is responsible for monitoring and ensuring the supply of medical oxygen to all provinces and Union Territories. Kerala’s PESO along with the State Department of Health, has been monitoring the state’s oxygen needs since March 2020, ie for the last year and 1 month – or ever since the pandemic hit the country. They have been rounding up the medical oxygen supply in the state accordingly.

“We have always been able to produce oxygen in Kerala. But it was mostly made for industries. Now it is being transferred to hospitals because everyone is demanding oxygen over the wild, ”said Venugopal.

Adequate manufacturing and storage capacity of the state

Most of this comes from INOX Air Products Private Limited, based in Kanjikode. Inox supplies medical oxygen to all major hospitals of the state, including Medical College Hospitals.

Before 2020, 40% of the oxygen produced by Inox in Palakkad went to various industries. The rest (60%) were sold as liquid medical oxygen to hospitals in the state.

But today, Inox has completely stopped supplying oxygen to industries. Most private oxygen manufacturers in the state only cater to hospitals whose tanks empty quickly.

“Before the pandemic, none of these hospitals needed as much oxygen. I remember a public hospital in Kottayam where Inox used to fill a 1 Kilo Liter tank of medical oxygen. They only had to recharge once a week due to reduced demand. Now, the same hospital gets its oxygen tank filled three times a week, ”said Venugopal.

The 11 air separation units (ASU), out of 23 oxygen-filled plants – are in Kerala that bottled oxygen cylinders have indicated have doubled their sales during the pandemic. “There are no empty cylinders to fill,” says Venugopal.

There is also Praxair India private limited, a private manufacturing factory located in Eloor, Ernakulam, and KMML – PSU – which produces 6 tonnes of medical oxygen per day. The 11 mentioned ASUs can produce a total of 44 tonnes of liquid oxygen per day.

“We have also identified a source at BPCL Cochin Refinery, which has a stock of 20 tonnes of medical oxygen. This will be put aside as part of our contingency measures, ”explains Vengupal.

Together, each of these plants has a capacity to store 1,325 Metric Tonne of Liquid Oxygen, of which the Inox plant has the largest storage capacity of 1,000 tonnes.

In addition, 32 major hospitals in the state have the license and infrastructure to store liquid oxygen and a total storage capacity of 420 tonnes.

On April 17, Kerala had 586.77 tonnes of medical oxygen stock in various storage units throughout the state.

When the pandemic began, the state redirected gaseous industrial waste from the Kerala Metals and Minerals Ltd (KMML), transforming it into liquid medical oxygen for use in hospitals. .

KMML is a Kollam based public sector undertaking producing Titanium Dioxide. Thanks to the new 70-ton per day oxygen plant which was inaugurated in October 2020, KMML is also contributing to the state’s medical oxygen needs now.

The plant purifies, liquefies and separates air into industrial gases such as oxygen and nitrogen.

“It was producing 7 tonnes of ‘waste’ oxygen a day as a by-product of producing 63 tonnes of industrial oxygen (in gaseous form) and 70 tonnes of nitrogen. We decided to liquidate this wasted oxygen for medical use, ”says Venugopal.

Although oxygen supply was never an issue, some medical colleges in the state suffered from a lack of infrastructure to offer patients uninterrupted oxygen.

“We didn’t have the copper pipeline to connect and supply oxygen. Only our ICU beds and Operation Theaters had a pipeline connection for oxygen. For the rest of the beds, we used cylinders, ”explained a former COVID-19 objective from Thrissur MCH.

In September 2020, as the COVID-19 outbreak peaked, MCH Thrissur struggled to continuously supply oxygen to its patients.

“We still had to replace cylinders for patients. It takes two people to replace one cylinder and it’s a laborious task. There was also a shortage of empty cylinders, ”he adds.

This is when the Medical College devised a mass funding campaign to install a pipeline oxygen supply in the hospitals. The Prana Air for Care crowdfunding campaign was launched on September 16, 2020 and the hospital managed to crowd out pipeline connections for 600 beds, costing Rs 12,000 per bed.

Aside from infrastructure, the hospital also had to frequently purchase medical oxygen from private players.

“We have one huge tank of 13 liter capacity inside the hospital. Before the pandemic the tank used to last for 10 days after one fill. But by September 2020, it only lasted five days and our spending on oxygen increased, ”explains the former goal officer.

By October 2020, the Union government seemed to have found a solution to this problem. A procurement agency under the Ministry of Health – the Central Medical Services Association – has floated tenders for setting up 150 PSA oxygen production plants in hospitals across India.

A PSA Absorption or Pressure Swing generator plant is a unit designed to concentrate oxygen from the ambient air at scale. Once the PSA plants were established, these hospitals can produce their own liquid oxygen and would not need to buy from private players.

In October, five of these tenders were won by Medical College hospitals in Kerala, namely MCHs Thiruvananthapuram, Pariyaram, Kottayam, Thrissur and Ernakulam

Seven months after winning tenders, only three PSA plants have been established in the state – at the Thrissur, Ernakulam and Kottayam MCH. None of these plants have started functioning.

“We are almost done and expect it to be up and running by May. The final part is the electrification process that is being done now. The pandemic made it very difficult for us to get workers to complete the plant. So the delay, ”a former MCH Thrissur goals officer explains to TNM.

Once operational, the three PSA units can produce 1,250 liters per minute of liquid oxygen.

With the number of patient admissions at the state hospital, an expert committee under the Directorate General of Health Services (DGHS) projected the state oxygen requirement.

By April 30, the state is expected to have 103.51 tonnes of medical oxygen requirement.

For the smaller hospitals in Kerala, oxygen goes out in the form of cylinders from the 23 cylinder filling plants in the state. In total, these bottling plants have a storage capacity of 225 tonnes.

A cylinder can be filled in 30 minutes and completely, these bottling units can fill and push out 10,772 cylinders a day.

“Cylinders come in two sizes – a 7 meter cube and a 1.5 meter cube. In total we currently have 2213 medical oxygen cylinders (of both sizes) (as of April 18) that are over 17 tonnes, ”said Venugopal.

Show us some love and support our journalism by becoming a TNM Member – Click here.