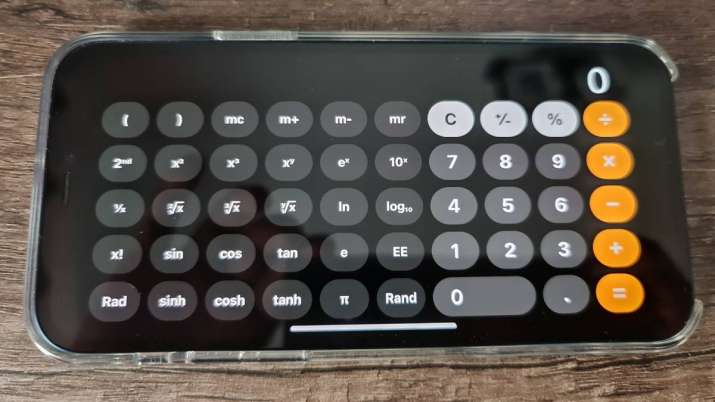 Do you know that your iPhone has a calculator with scientific means? The scientific calculator is not visible until the user decides to keep his iPhone in landscape mode. This feature can be useful for many students and researchers in distance learning times.

To access the iPhone’s built-in calculator app with scientific means, simply tilt it to the side as you often do when streaming your favorite movie on Netflix or playing a mobile game like Call of Duty.

What you see is a revelation: the calculator app on iPhone unlocks several functions, like adding numbers to memory, brackets, exponents, and trigonometric functions.

The feature was actually introduced in iOS 2.0 back in 2008 but since most people didn’t notice the update as they are used to open the calculator app when the iPhone is held vertically.

“Or use the scientific calculator for exponential, logarithmic, and trigonometric functions,” according to Apple. You can touch and hold the census result in the display, tap a copy, then paste the result elsewhere, as a note or message.

“If you make a mistake when entering a number, turn left or right on the display at the top”.