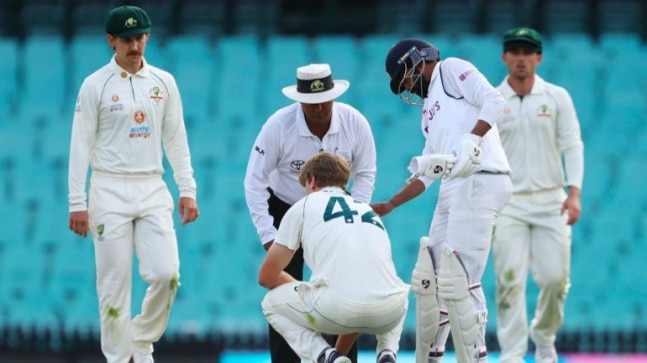 Cameron Green threw 6.1 overs and collected a wicket for 20 runs before sustaining a head injury and was subsequently taken off the field.

Australia suffered a major injury on Friday when off-roader Cameron Green received a severe blow to the head while bowling on Day 1 of the second game of the tour against India at the Sydney Cricket Ground.

Green suffered a concussion and has been ruled out for the remainder of the day and night practice game for Australia A. He has been replaced on the Australia A team by young Pat Rowe.

Green, a potential test off-roader for Australia, had to be taken off the field for a concussion control after being hit in the head by a ball that Bumrah had just pushed towards him.

Green threw 6.1 overs and collected a wicket for 20 runs before sustaining the injury.

India was eliminated for 194 after choosing to hit first with Sean Abbott going 3 of 46 and Jack Wildermuth returned 3 of 13 for Australia A, with Will Sutherland, Mitch Swepson, Harry Conway and Green each taking a wicket.

Bumrah posted the highest score of innings with an undefeated 55 of 57 balls, an inning peppered with six limits and two sixes, and shared a 71-run position on the last ground with Mohammed Siraj (22) to lift India from 123-9 in 36-194 all in 49. India had lost eight wickets out of 51 before the tail rallies.

India’s other two top contributors were No. 3 Shubman Gill (43) and starter Prithiv Shaw, who scored 40 of 29 balls before Sutherland pitched him in the ninth.