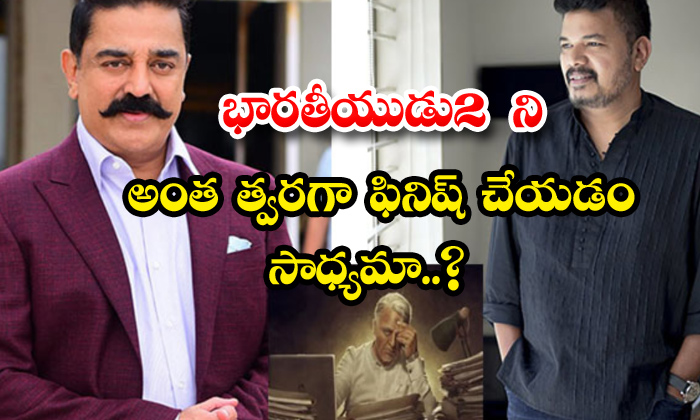 The shooting of Indian 2, which is eagerly awaited by all the southern audiences, has come to a standstill due to various hurdles.

The ceremony at the director’s house was delayed due to various reasons. The film is finally set to re-launch soon.

Kamal instructed director Shankar to complete the balance shooting work in just 45 days. The shooting is already over half done.

With that, director Shankar hopes to start shooting immediately to complete the balance work.

Kamal Haasan is gearing up for the upcoming elections. At a time like this, it is expected that the release of Indian 2 will lead to political mileage. Therefore, Kamal wants to complete the film by giving dates in a row.

According to reliable sources, Bharatiyadu 2 is expected to be released by the second week of February and released in March.

Arrangements for the shooting of the film have now begun, but some are questioning whether it is possible to complete the shooting in such a short time.

The film will be released in Tamil as well as Telugu and Hindi. Kajal Agarwal will play the heroine in the film, which will feature several stars.

Leica Productions is producing the film on a huge budget.