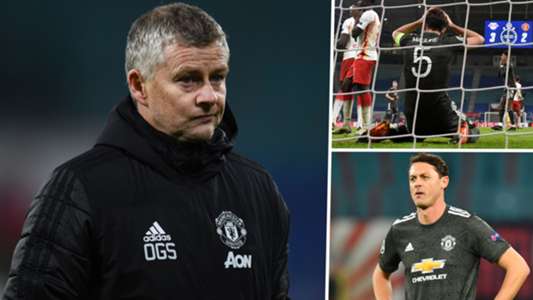 The lack of coherence is undermining the Norwegian’s hopes of success and he needs to resolve the matter soon, with the pressure mounting.

When Peter Gulasci snatched the glory shot from Harry Maguire, the Manchester United captain let out a cry of frustration.

The center was perfectly placed to score the goal that would have secured the equalizer for RB Leipzig that his team needed to advance to the knockout stages of the Champions League.

However, Gulasci’s latest interception meant a return to the Europa League for the devastated United players. We shouldn’t have been surprised, of course. It has always been a case of one step forward, two steps back for Ole Gunnar Solskjaer’s team.

It will be two years next week since the Norwegian replaced the fired José Mourinho as coach, but can we really say that there has been a lot of progress since then?

Context is key with those figures and while Solskjaer does not top the stat table for coaches after Sir Alex Ferguson, the general feeling is that he has improved things at the club.

The atmosphere on the training ground and in the locker room is certainly better, it is feeding the young talents and pushing them towards the first team, and the reputation of the fast and attacking football club, which was lost with Van Gaal and Mourinho, has been restored.

The problem, however, is that there doesn’t appear to be a structure or plan to put United back in place. They finished an impressive third last season, but were miles away from competing for the title.

“We did not perform well enough as a team and it is always the manager’s responsibility to prepare everyone,” Solskjaer said after the loss to Leipzig. “We knew they were going to come to us and put crosses in the area but, unfortunately, we never got going and conceded two early goals. [from crosses]. “

While it was noble of the manager to take responsibility for the result, it was disturbing to hear him admit that United had been undone by a tactic they had specifically discussed and worked to nullify before the game.

It just doesn’t make sense and it’s certainly not a good look for Solskjaer. What are we going to derive from such a revelation? Are the players not listening to the instructions of their coach? Was the message not delivered well enough? Or were the players just not focused?

This is not the first time during Solskjaer’s tenure that training plans have fallen apart during the games. The ability to defend set pieces seems to have been lost out of the window and there does not appear to be a strategy to take down teams sitting in the back.

During the first hour against West Ham in the Premier League last weekend, many wondered if the United players had received any guidance. The midfield and the three forwards may have been playing together for the first time, but there was no excuse for the entire team to play as 11 strangers.

As they had done at Southampton the week before, halftime substitutions turned the game around, but the question remains: why can’t United get it right from the first whistle?

Of course, there have been tactically astute performances in the last two years that have seen the team pull off great results against teams like Paris Saint-Germain, Manchester City and even Leipzig at home, but United are spoiled by the inconsistency.

Two years after Solskjaer’s arrival, his team doesn’t seem to have a coherent plan, so when City arrive at Old Trafford on Saturday afternoon, who knows which system the boss will select?

United played three behind in a 2-0 win over city rivals in March, but that cautious setup, coupled with a consistent inability to defend centers inside the area, cost them dearly in Germany midweek.

Perhaps Solskjaer will opt for a diamond again. Perhaps it is his favorite 4-2-3-1, which has been his most successful formation.

However, constant tinkering could well be hurting your chances of your team playing well on a regular basis. After all, how can players settle into a system if the plan and staff change from week to week? And without consistency, improvement is impossible.

Despite Tuesday night’s result, it wouldn’t be a shock to see United win at Old Trafford on Saturday night, but they will need to rely on more than just team character and fight to get over the line against a resurgent City.

Furthermore, a derby win will not show that United are making progress with Solskjaer, even if it is essential to show that they are moving in the right direction.

Consistency, both in terms of tactics and team selection, is the key for this United team to succeed at the highest level.

However, sadly, based on testing over the past two years, Solskjaer doesn’t appear to be any closer to finding the solution to that persistent problem.