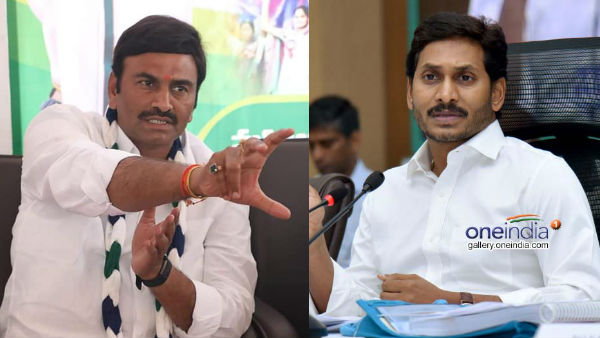 A CBI court today heard a petition filed by YCP rebel MP Raghuram Raju targeting AP CM Jagan, who is out on bail in a CBI case. The Hyderabad CBI court, which heard the petition filed by Raghuram, examined the documents filed by him. Responding to questions raised by Raghuram’s counsel as to why Jagan’s bail should not be revoked, the trial court will soon take a decision on the matter.

Will the fate of Jagan be known on April 27?

The CBI court is scheduled to take a decision on YS Jagan, who was earlier granted bail in the case, on May 27. Do the pics comply with the bail conditions they have granted in the past? A CBI court is set to rule on whether he can continue on bail. Jagan, who has been on bail for almost two-and-a-half years, is now facing a backlash in the form of Raghuram Krishna Raju as no one has raised any questions on the bail granted to him by the CBI court in the past. The CBI court is going to consider Raghurama’s objections.

Rebel MP Raghuram Krishnan Raju, who has filed a petition in the CBI court in Hyderabad seeking revocation of the bail of YS Jagan, who is also the YCP chief, is confident that the verdict will be in his favor in the case. Raghuram, who released the video after the trial in the Hyderabad court today, said that the verdict would be in favor on April 27. He said the matter was within the jurisdiction of the court so there was no further talk.

Jagan had earlier been granted bail by a CBI court in an anti-graft case. Jagan was granted bail on several conditions. Recently, however, the Supreme Court directed the High Courts to expedite the trial of financial crime cases. Justice NV Ramana Ellundi, the Supreme Court judge who issued the directives, will take over as the Chief Justice of India. With this, does the Telangana High Court, which has been enforcing the orders given by Justice NV Ramana in the past, also want to expedite the trial in the CBI court in connection with Jagan’s bail? Or how the trial will end so it remains to be seen whether the debate on bail is now unnecessary.