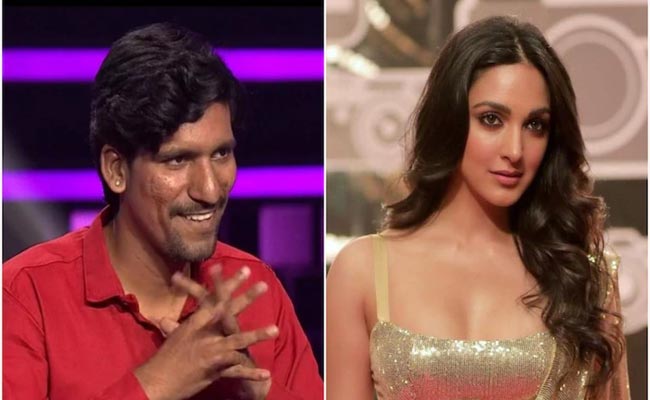 Mumbai: Bollywood‌Megastar‌ Amitabh Bachchan Popular TV show with narrator Kaun Banega Crorepati (KBC) Not to mention specifically how much popularity it has gained among the people. The show has seemed a bit unfocused in recent episodes. They have already won Rs 3 crore this season and all of them are women. Vijay Paul Singh Rathore, who is currently on KBC, got a chance to reach the hot seat and play. Vijaydi from Madhya Pradesh has a very poor family background. He works as a courier boy and earns Rs 8,000 per month. He entered the KBC with the goal of becoming a police officer. Read: Three KBC billionaires

Demonstrated excellent gameplay, carefully answering all the questions asked so far, using short lifelines. In this order today (Thursday) he is facing a question of crores of rupees. On the one hand, while continuing the game successfully, on the other hand, Vijay made interesting comments on the heroine Kiara Advani. He said that he likes Kiara very much. He mentioned that he had seen all the movies she starred in. Responding to this, Bigby asked if he was a fan of Kiara. He said that he had a crush on Kiara for a long time and that he wanted to marry her forever. Not to mention that Kiara always pretended to keep the photo with her. He was ashamed to show Amitabh that he still had a photo of her in his pocket. Read: ‘I still write love letters to my wife’