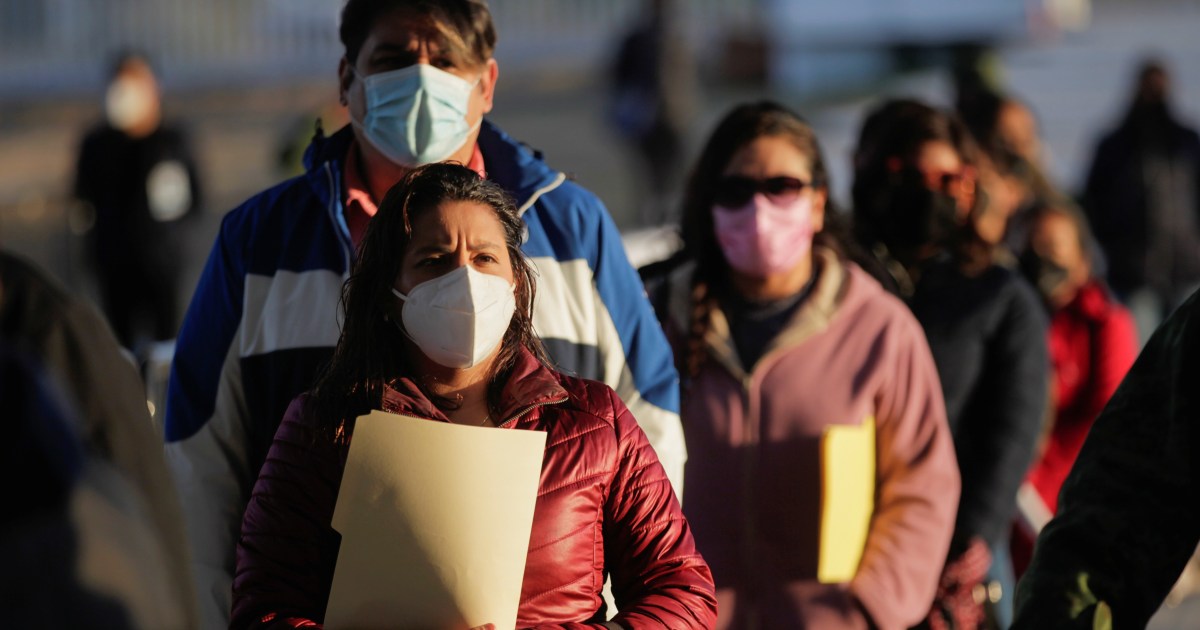 Amid a limited supply of vaccines, COVID-19 cases have been increasing across America, PAHO officials say.

Amid scrambling to secure enough coronavirus vaccines in America, there are reports that counterfeit doses are proliferating on the black market in several countries in the region, the Pan American Health Organization (PAHO) said Wednesday.

“We have received some information from Mexico, Argentina and Brazil that some doses have been offered through social media, illegal markets offering apparently fake vaccines,” said Jarbas Barbosa, PAHO’s assistant director during a weekly news conference.

“They are not real vaccines or they may be doses stolen from a health facility that no one can guarantee is properly stored,” said Barbosa.

On Wednesday, The Wall Street Journal reported that Pfizer reported fake vaccines in Mexico and Poland. According to the report, 80 people in Mexico had been injected with fake doses at a clinic, after paying $ 1,000 a dose.

He said PAHO is working with technology companies to address rapidly increasing misinformation on the internet and social media sites.

“Due to the rapid spread of unreliable information, PAHO is collaborating with technology companies such as Twitter, Google, and Facebook to tackle fake news and make sure the public can easily find accurate information,” He said.

The reports of fake vaccines and vaccine hesitation in America came amid a rare supply of vaccines in the region, and an increasing number of COVID-19 cases.

“Latin America is currently the region most in need of vaccines,” said Etienne, “this region should be prioritized for vaccine distribution.”

“No one will be safe until we are all safe.”

Nearly half of the world’s coronavirus deaths at the weekend were in the Americas, Etienne said, adding that almost every Central American country is reporting an increase in infections. Cuba, Puerto Rico and the Dominican Republic, he said were the worst hit.

“Over the weekend, the world reached a tragic milestone – more than three million have lost their lives to COVID, and almost half of these deaths occurred here in America,” said Etienne.

Chile sees a plateau in cases, while Brazil reports a fall. But despite the collapse, says Etienne, cases in Brazil “remain alarmingly high.” Argentina ranked third regionally in the weekly number of new cases. Colombia, Venezuela, Bolivia and Uruguay were also getting worse. And Mexico, after weeks of decline in new cases, is seeing a small increase.

The good news is that, following the strengthening of public health measures, Chile 🇨🇱 has seen a plateau of cases, and after a difficult few months, Brazil 🇧🇷 is reporting a fall in cases – including in the Amazon region.

Regionally, the United States and Chile have made the most progress in their vaccination campaigns – both of which have vaccinated about 40 percent of their population – according to Our World in Data.

Uruguay has vaccinated more than 30 percent of its population while Brazil has so far vaccinated 11.6 percent and Mexico has vaccinated about 8.7 percent. The other nations of the region are lagging behind.

During the news briefing, officials said that most of the region’s countries rely on a global COVAX mechanism, which seeks to distribute vaccines fairly to developing nations.

Etienne said more than 4.2 million vaccine doses have so far been supplied to 29 countries in the Americas through COVAX, and more doses are on the way.