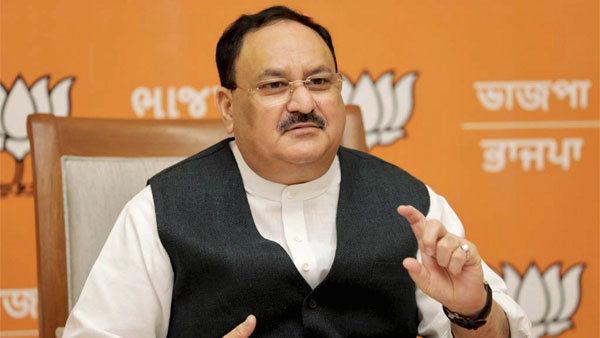 New Delhi: BJP national president JP Nadda has said that despite the BJP’s chief minister and TMC chief Mamata Banerjee’s claim that the BJP will not win in West Bengal. Mamata Banerjee knew that TMC would lose. Jaypee Nadda does not allege that his convoy was attacked by some TMC activists on Nadda’s vehicle. Many were injured in the attack, he said, adding that the attack was unprecedented. JP Nadda reacted angrily that laws were not working in the state during Mamata’s reign and that Gundaraj was ruling the state. Meanwhile, CM Mamata Banerjee described the attack on Jaypee Nadda’s convoy as a drama. Jaypee Nadda said such attacks could do nothing for themselves. He said that if the people who won the elections had no protection, they would have to think about the situation of the common people. He said 130 BJP workers were lost in the struggle. He was angry that Mamata Banerjee’s rule was continuing. Mamata Banerjee alleged that the central government had misappropriated funds for cyclone and corona control. Fundraising is underway. Mamata Banerjee said the government was mired in corruption. He said about 70 lakh farmers did not receive the funds sent by the Center. Oneindia Breaking News.Get the latest news throughout the day Allow Notifications You have already subscribed