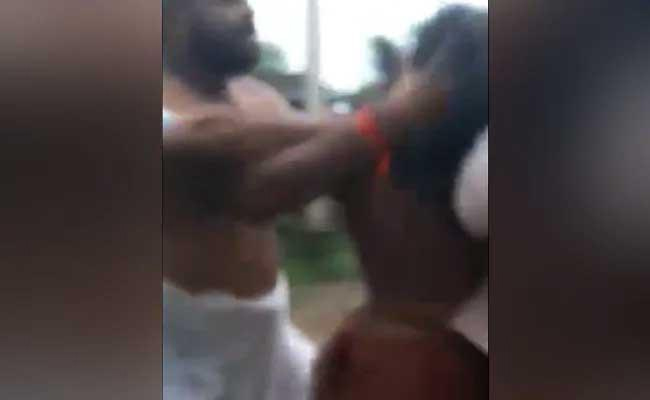 Witness, Rangopalpet: The footpath trader spoke obscenely to the woman who did not buy the goods. The enraged woman slapped him on the cheek. Further enraged, the businessman attacked the woman. The incident took place at Gopalapuram police station. According to the police report, Lakshmi from Addagutta is doing housekeeping. On Wednesday, he was walking with his girlfriend on his way home in an auto over a refill bus stop.

How much is Lakshmi selling bottles of khaza water in front of Retifile bus stand? Asked. Khaza scolded her as she was about to leave saying the price was too high. Her angry cheek validated. The footpath merchant then indiscriminately attacked her. She immediately came to the Gopalapuram police station and lodged a complaint. The case is being investigated by the registered police. It is learned that cases have been registered at the police station in the past by the same trader for misbehaving towards customers.

Attack on merchant at station‌
Gopalapuram police called Khaza to the police station following a complaint by the woman. At the same time a relative of the woman reached there and attacked Khaza. The police also registered a case against him.