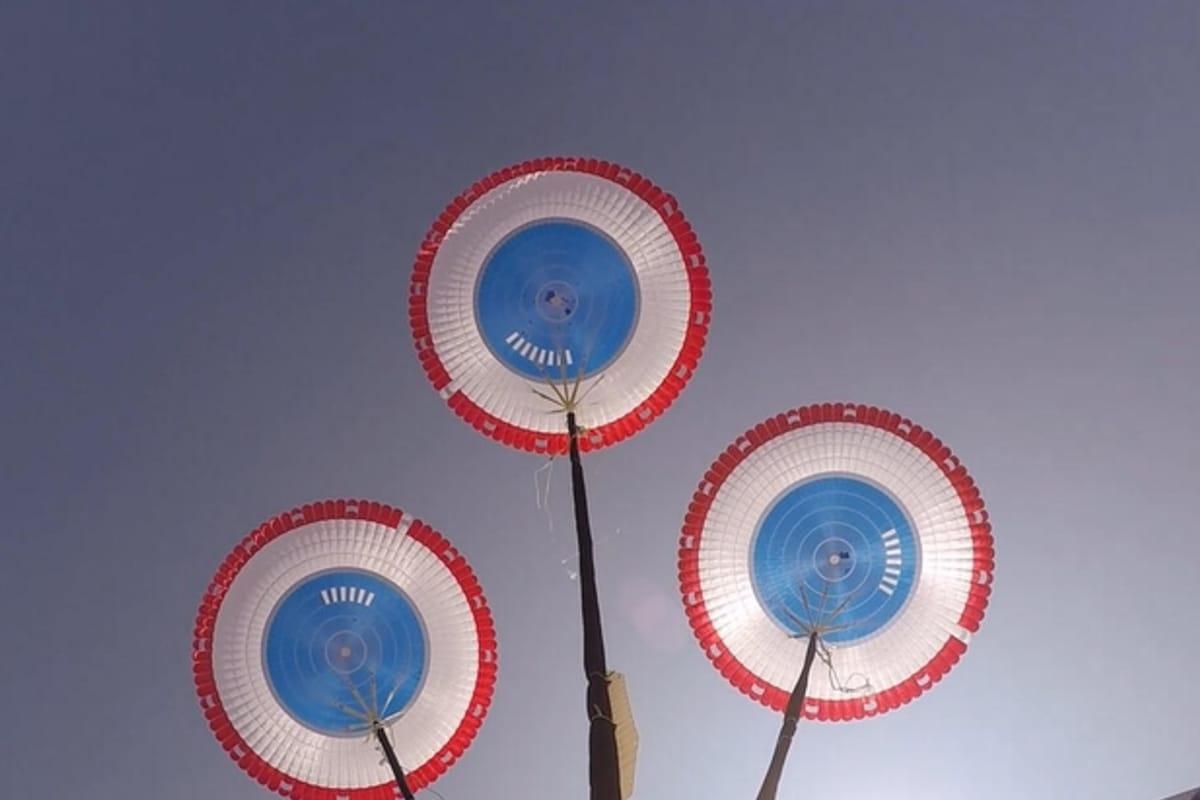 NASA and Boeing completed the latest Starliners parachute balloon drop test ahead of manned flights to and from the International Space Station beginning in 2021.

The tests mark the end of a reliability campaign that will help strengthen the spacecraft’s landing system, NASA said Tuesday.

The campaign, developed by both Boeing and NASA, used six balloon drop tests from a Starliner test article to collect supplemental performance data on the spacecraft’s parachutes and landing system.

Each drop test focused on a different set of adverse conditions and used previously flown parachutes to assess reuse margins for future missions.

Starliner is the first US-made orbital crew capsule to land on the ground.

“Our philosophy has always been to test the system hardware together to see how all the elements interact,” said Boeing Starliner Landing System Leader Mike McCarley in a statement.

“Our vehicle cannot fit on an airplane, so the only way we can lift a test item high enough to simulate a complete landing system sequence is with a very large balloon.”

The spacecraft uses a series of parachutes and airbags that are deployed at specific altitudes allowing Starliner to land gently in the desert of the western United States.

NASA said it will also use the data collected from parachute tests to model the performance of the Starliner parachute in different mission scenarios.

During nominal landings, Starliner uses two small parachutes to take away the ship’s forward heat shield and expose the critical hardware needed for the remainder of the landing system sequence.

Starliner then deploys two drop parachutes to slow down and stabilize the capsule before three small pilot parachutes take out the three main lines of the spacecraft.

The three main parachutes continue to slow the descent of Starliner for a safe and soft landing supported by the vehicle’s landing airbags.

Boeing had signed a contract with NASA’s Commercial Crew Program to fly operational missions to and from the space station with Starliner in 2014.

His first unmanned orbital flight mission in 2019 did not go exactly as planned, requiring him to make another attempt before putting astronauts on board for the crewed flight test.

Boeing and NASA will continue to collect data on Starliner parachutes through the spacecraft’s second orbital flight test before manned flights starting in 2021, but the test phase using high-altitude balloons is now complete.