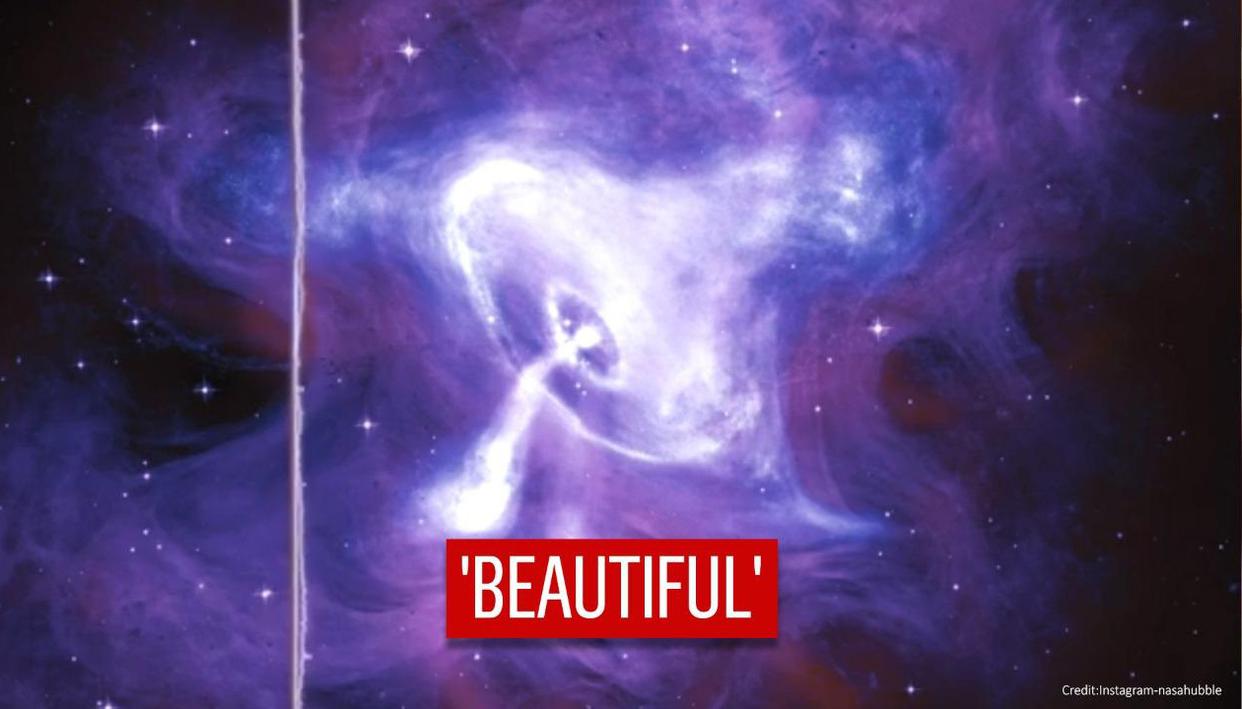 Have you ever wondered what stars or other space elements would sound like if they had music? If not, listen to the latest sonification of the Crab Nebula that NASA’s Hubble has shared on its social networks. The Crab Nebula is 6,523 light-years distant from Earth and the recently shared video shows an image of the supernova transformed into music from data shared by the Hubble telescope.

Read: Earth is having a laser duel with the explosion of the Carina nebula; Know the details

What does the color represent?

The video has garnered more than 1,90,000 views since it was shared by NASA’s Hubble Telescope 22 hours ago. Netizens are absolutely in awe of the video, as one individual wrote, “I can’t believe how beautiful it is.” Another user asked curiously, “why does the music sound like the background score of the movie Interstellar?”

NASA’s Hubble Space Telescope that captured the data and sent it back to Earth was deployed 30 years ago by the space shuttle Discovery. The space observatory is named after astronomer Edwin Hubble and since its launch in 1990, it has made more than 1.4 million observations.

Get the latest show news from India and around the world. Now follow your favorite TV celebrities and TV updates. Republic World is your one-stop destination for trends Bollywood News. Tune in today to stay up-to-date with the latest news and headlines from the world of entertainment.