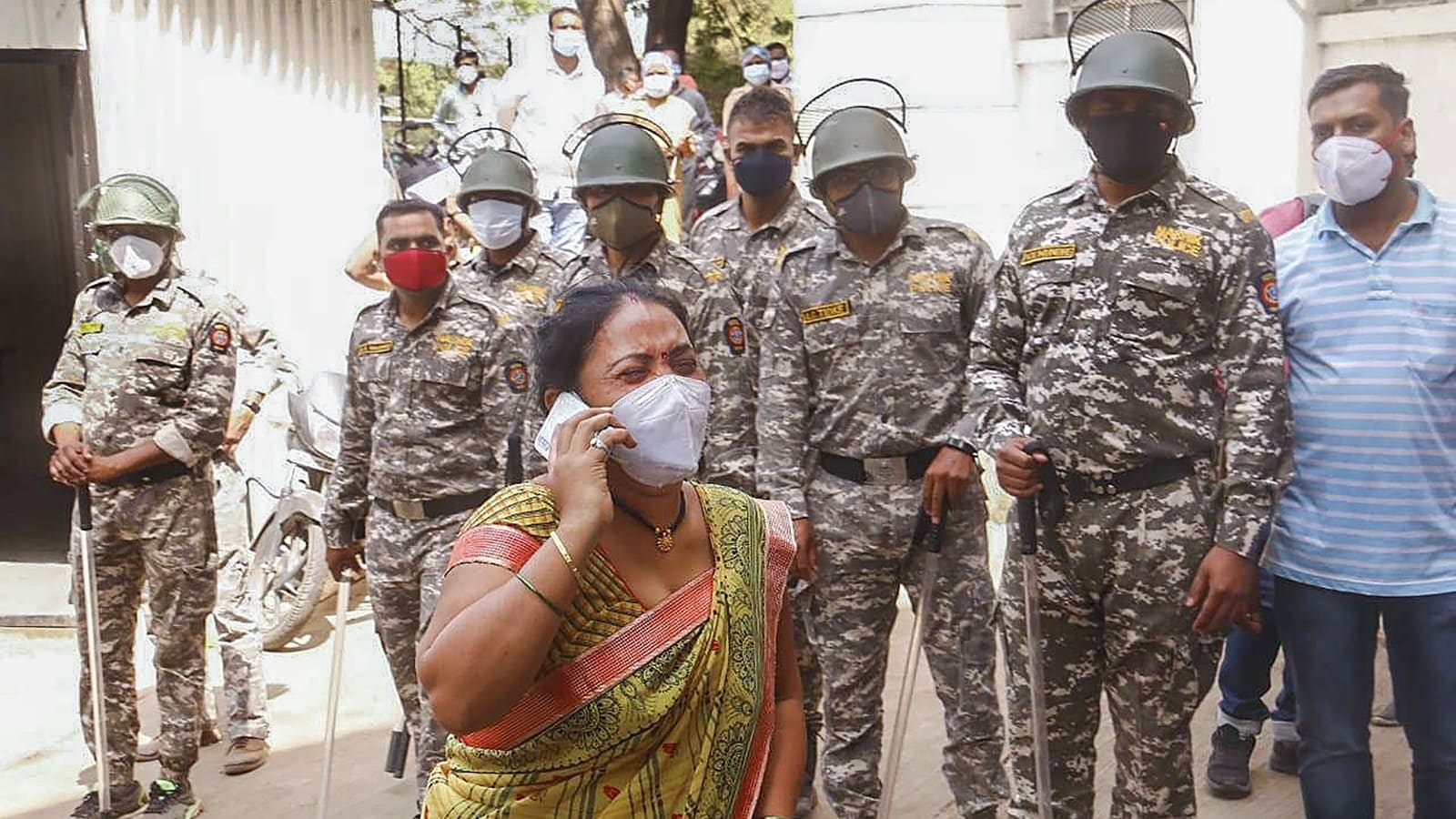 A total of 150 Covid-19 patients were admitted to Dr Zakir Naik hospital and 23 of them were on ventilator support, Nashik municipal authorities said.

The death toll in the Nashik hospital tragedy rose to 24 Wednesday night after two other Covid-19 patients died, district collector Suraj Mandhare said. The incident occurred in the morning when one of the tankers supplying oxygen to patients undergoing treatment for coronavirus disease malfunctioned at Dr Zakir Naik Municipal Hospital.

Maharashtra’s health minister Rajesh Tope said among those who lost their lives, 11 were women and 11 were men. He also stated that a probe had been ordered.

As news of the disruption of oxygen supply due to leaks in a storage tank spread, family members rushed to the ward where Covid-19 patients on a ventilator were receiving treatment.

There were striking scenes as patients’ condition became critical and doctors and nurses could not do anything in the absence of an oxygen supply, news agency PTI noted that they were quoting a witness.

“My brother was about to be discharged in the next two days because his condition was improving. Today when I brought him a tiffin he said he would eat later. Immediately after our conversation the hospital ran out of oxygen and within two hours my brother was dead, ”42-year-old Pramod Walukar told PTI.

Another woman, who also lost her mother, said her condition was improving. “But the oxygen supply was interrupted and he died gasping for breath,” he said.

A total of 150 Covid-19 patients were admitted to the hospital and 23 were on ventilator assistance, district municipal authorities said.

The hospital authorities have asked the police to restrict access to the Covid-19 ward after which security at the hospital has been fed up.

The Maharashtra government has issued an ex-gratia of ₹5 lakh to the families of the patients who lost their lives. “No one should politicize this unfortunate event. This is an attack on Maharashtra,” said a statement from the prime minister’s office Uddhav Thackeray (CMO).